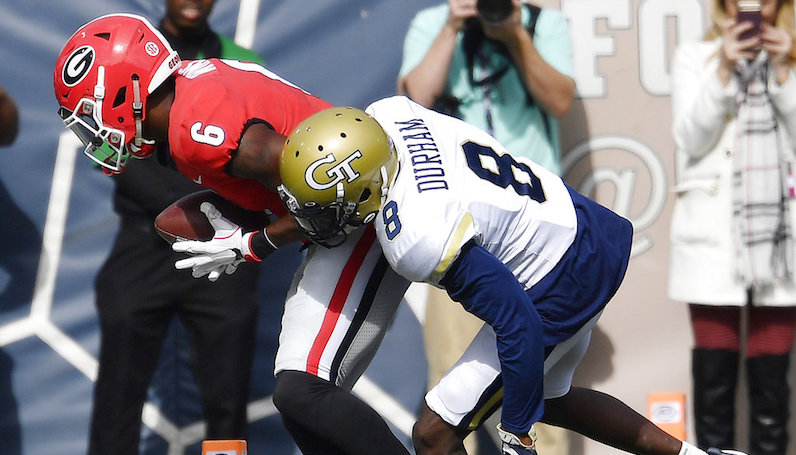 TMZ Sports released a video early Tuesday morning of two Georgia Tech football players getting into a fight at the team’s training facility.

The video reportedly originates from earlier this year, prior to spring practice starting. Cornerbacks Step Durham and Lance Austin are the two players involved. Durham knocks out Austin with a punch.

The school released a statement this morning: “Georgia Tech’s football coaching staff became aware of the incident between teammates and friends shortly after it occurred. Discipline was handled internally.”

Durham and Austin played in all 11 games this season; the two defensive backs combined for two interceptions in 2017.