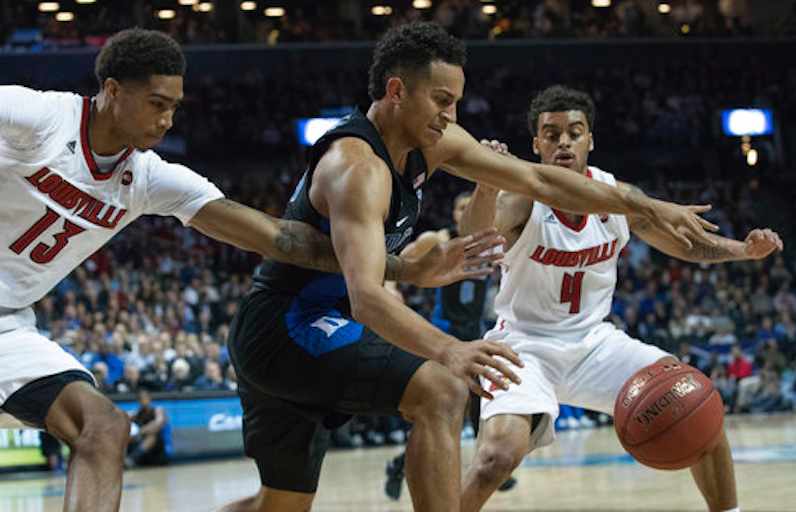 Over the weekend, Duke’s Frank Jackson declared for the 2017 NBA Draft. Jackson, however, does not plan to hire an agent. The Salt Lake City Tribune was the first source to report the news.

This comes only a few days after Jackson decided to return to Duke for his sophomore season, per a CBS report. Jackson, who did sign with an agent, has until May 24 to withdraw his name from the draft if he so chooses.

Frank Jackson emerged as a real playmaker for Duke this season. The freshman averaged 10.9 points and 1.7 assists. Jackson also connected on  39.2 percent of his three-pointers.

Any chance he goes?

ESPN college basketball insider Jeff Goodman joined The David Glenn Show on Monday, and stated that Jackson has no chance of going in the first round of the 2017 draft. Goodman also mentioned that Jackson entered his name in case five-star point guard Trevon Duval commits to Duke.

Goodman: Jackson is putting his name in to cover his bases in case Trevon Duvall commits to Duke.

This news, of course, comes just a few days after Grayson Allen announced that he, too, would return for his senior season at Duke. In early April, Marques Bolden decided to return for his sophomore season in Durham as well.

DraftExpress projects Jackson as the No. 21 prospect for the 2018 NBA Draft.