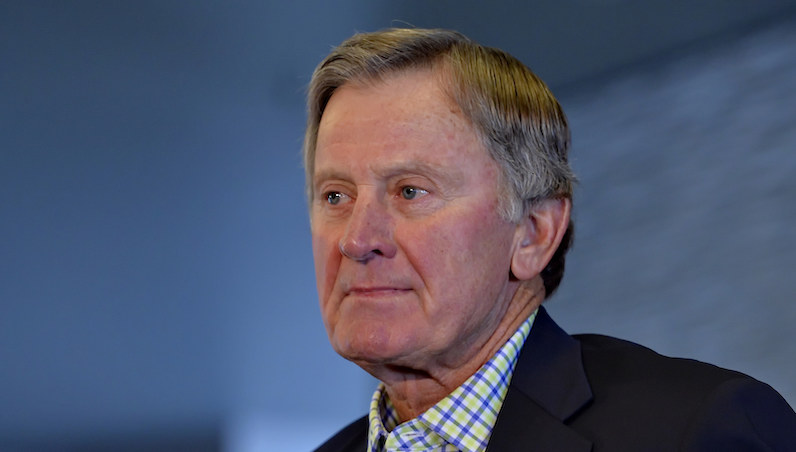 South Carolina head football coach Steve Spurrier speaks at a news conference to announce he is resigning on Tuesday, Oct. 13, 2015, at the University Of South Carolina, in Columbia, S.C. Spurrier said he felt he needed to step down now because he doesn't believe there is accountability with players if they know the coach won't be back next year. He also said he was a recruiting liability. He had never had a losing season in 25 previous seasons coach at Duke (1987-89), Florida (1990-2001) or South Carolina, where he has been since 2005. (AP Photo/Richard Shiro)

Former Duke Football coach (1980-82 as an assistant, 1987-89 as head coach) Steve Spurrier joined The David Glenn Show, again. Spurrier and guest host Scott Hamilton discuss a variety of topics: the HBC’s coaching career, what happened with the AAF, his current role at Florida and the transfer policy in college football.

Click to listen to the full interview with Steve Spurrier

Geoff Collins of Georgia Tech stops by the show