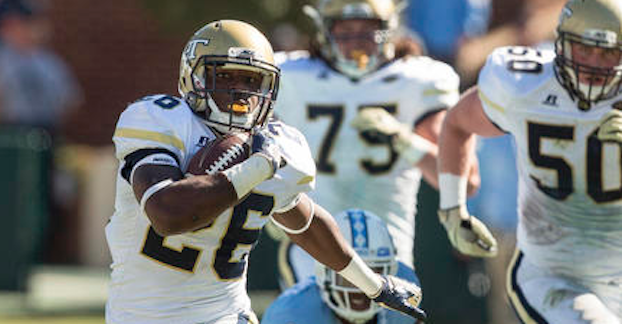 If Georgia Tech is to clinch bowl eligibility before it takes on rival Georgia in the season finale, it will need to do so without its leading rusher.

Starting B-back Dedrick Mills will sit out the next two games, serving a suspension for violating team rules. The Atlanta Journal-Constitution first reported the news.

The Yellow Jackets play Virginia Tech on Saturday and Virginia on Nov. 19.

This is the second time the team has suspended the Waycross, Ga., native this season. Mills missed the Jackets’ 35-10 win over Mercer for a separate violation of team rules.

Per the AJC, sophomore Marcus Marshall will start in Mills’ place. Marshall has three starts this season, accumulating 299 yards and a score on the ground in the eight games in which he’s played.