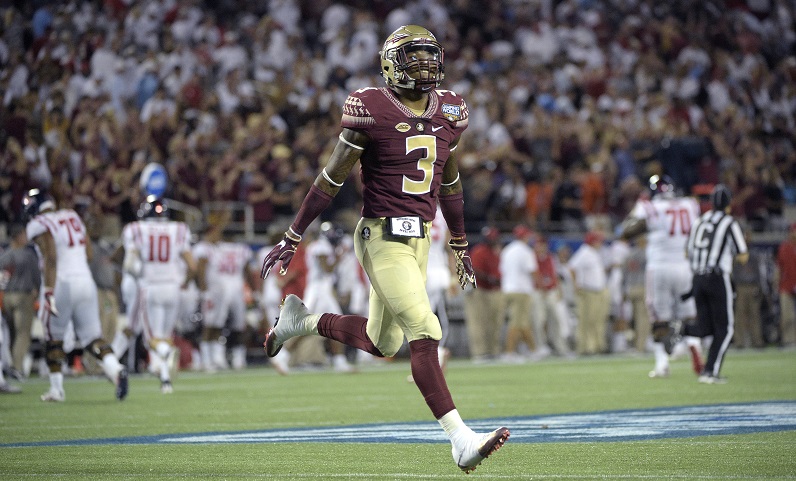 College football season is really here and while Week 1 offered only a handful of contests, the first full slate of games is upon us.

The most anticipated of those contests comes in Atlanta on Sept. 2 as No. 3 Florida State faces top-ranked Alabama. Both teams have high hopes for making the College Football Playoff, but the loser of the opening contest will likely have to run the table to be part of the final four teams standing.

Should Florida State win on Saturday, the Seminoles would have some real nice momentum moving forward. If FSU loses, odds are that it would have to win 12 straight games, which would include the ACC title, to play for college football’s ultimate prize.

Some have speculated that this could be the year that a two-loss team reaches the playoff. That has yet to happen in the three prior years that college football went to a four-team format, but if that changes this year, FSU may have a pretty good case at 10- or 11-2.

After being the laughingstock of major conferences for some time, the ACC was college football’s best conference a season ago, which will certainly aid FSU’s cause. The schedule is a daunting one with both of last season’s national championship participants away from Tallahassee, Louisville at home, a visit to Florida and ACC Coastal division favorite Miami all on the slate. It’s possible that FSU could face Miami twice.

There was talk last season that a two-loss Big Ten team like Wisconsin, Penn State or Michigan could jump Pac-12 champion Washington, which played a weak non-conference. That ultimately didn’t happen in 2016 and probably won’t in 2017 either.

If FSU was to drop the opener to Alabama, many feel it would be difficult for the Seminoles to win 12 straight. No team ever to participate in the playoff has ever lost the opener, but of the 12 teams to reach the playoff in the three years of its existence, nine came in with one loss. Of those nine, two lost in September, although Oregon and Alabama in 2014 each lost less than a week into October.

Losing to Alabama in Atlanta would certainly not be a death sentence for Florida State, but it probably would eliminate the possibility of being able to lose again and still make the playoff. Some have speculated that if FSU falls, it would need to be a competitive game. It’s true that none of the teams to reach the playoff have been blown out, but Ohio State in 2014 and Michigan State in 2015 each lost to schools that failed to finish the regular season with a winning record.

Running the table after losing the opener would not be unprecedented for Florida State. After losing 31-0 to defending national champion Miami to open the 1988 season, the Seminoles went on to win their next 11 games to finish No. 3 in the final polls. If only there had been a four-team playoff back then.