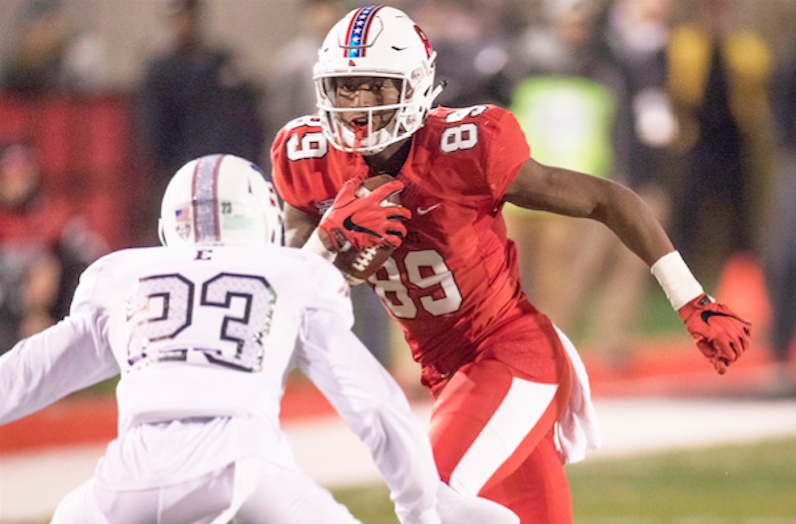 Damon Hazelton will have three seasons of eligibility remaining after sitting out the 2017 season. (Photo: Ball State Athletics)

Virginia Tech head coach Justin Fuente welcomed wide receiver Damon Hazelton to the football program on Monday. Hazelton began summer classes today after transferring from Ball State. He can practice with the team in 2017 and will have three years of eligibility to play beginning in 2018.

Hazelton (6-2, 207 lbs) played in 11 games (seven starts) for Ball State in 2016, earning the squad John Hodge Award as the team’s top freshman. He led with the team with four touchdown receptions and finished second with 51 catches for 505 yards. The Baltimore native set career highs with 12 catches for 102 yards at Toledo on Nov. 16. He produced a season-long 28-yard reception vs. Northern Illinois on Oct. 1, while adding six catches for 52 yards and a touchdown against Eastern Kentucky.

Hazelton prepped at Baltimore’s Franklin High School, where he was a second-team all-state and all-metro performer. He recorded 31 catches for 536 yards and 12 touchdowns as a senior.