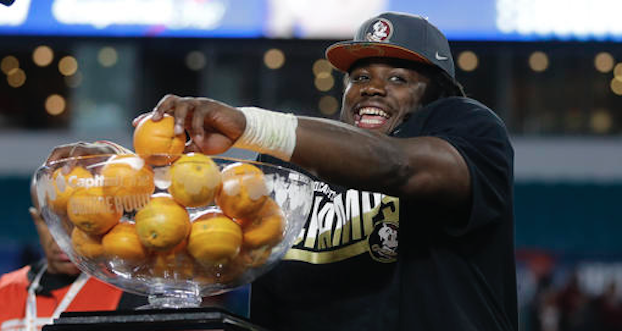 Less than 24 hours after leading Florida State to a 33-32 Orange Bowl victory over Michigan, Seminole running back Dalvin Cook announced that he will declare for the 2017 NFL Draft.

The junior rushed for an FSU single-season record 1,765 yards this fall, also accumulating 19 touchdowns on the ground. CBS Sports lists him as the No. 7 prospect in April’s draft.

Check out our full list of ACC underclassmen who plan to declare for the 2017 NFL Draft.