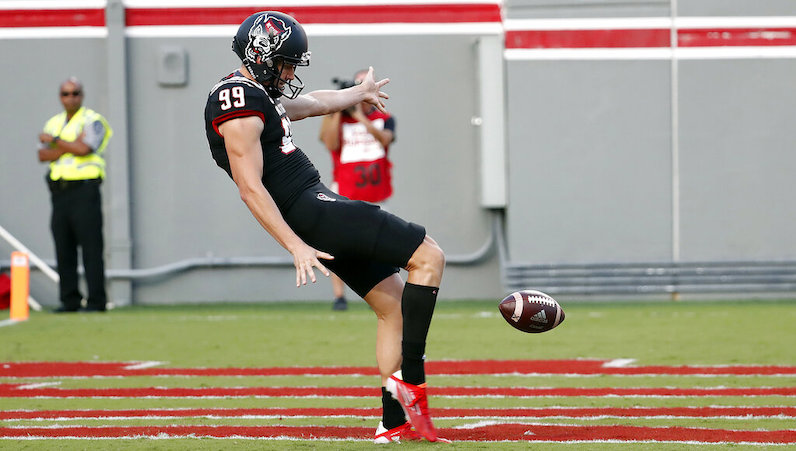 North Carolina State's Trenton Gill (99) punts the ball against Louisiana Tech during the first half of an NCAA college football game in Raleigh, N.C., Saturday, Oct. 2, 2021. (AP Photo/Karl B DeBlaker)

Trenton Gill, one of the most prolific punters in program history, will depart NC State and head to the NFL. On Thursday, the First Team All-ACC Punter announced that he plans to enter the 2022 NFL Draft.

Over the last few weeks, several key NC State players — on both sides of the ball — have decided to return before the 2022 season in Raleigh. However, the team’s ace punter won’t be joining the party.

Not the way I wanted my career to end but I am excited to start my next chapter! Love y’all! pic.twitter.com/fzTPGEEPUz

With an extra season of COVID eligibility, Gill could’ve return for the 2022 campaign, which would’ve been his sixth with the program.