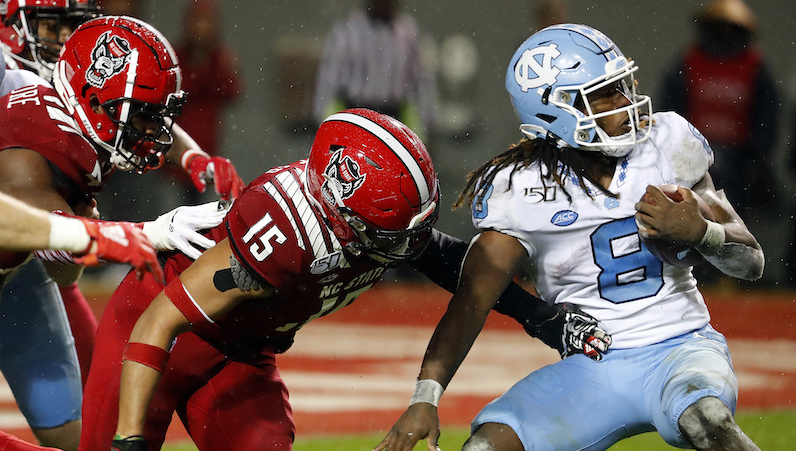 North Carolina's Michael Carter (8) bounces off the tackle of North Carolina State's C.J. Hart (15) during the first half of an NCAA college football game in Raleigh, N.C., Saturday, Nov. 30, 2019. (AP Photo/Karl B DeBlaker)

Back on Oct. 12, the ACC distributed game times and television networks for football games the weekend of Oct. 24. The rivalry matchup between NC State and UNC was given a noon kickoff; the game would be televised on ESPN or ABC.

With a quick update from NC State senior associated athletics director Fred Demarest, ESPN will be on the call for NC State-UNC in Chapel Hill.

An update on @PackFootball matchup with UNC. Game will air on ESPN. #GoPack #HTT https://t.co/acVJbfykN5

During NC State’s victory on Saturday, though, starting quarterback Devin Leary left the game during the third quarter on a cart with an apparent ankle injury.

NC State safety Rakeim Ashford out for the season