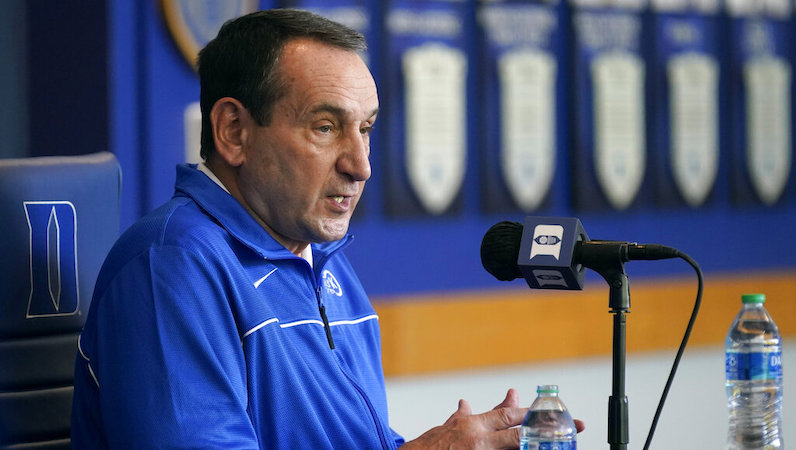 AJ Griffin, one of the most talented players in college basketball, will start the 2021-22 season on the sideline. During last Friday’s practice, Griffin suffered a knee injury. An MRI revealed no significant structural damage. As of right now, there’s no immediate timetable on Griffin’s return.

Duke has good players on the wing to help pick up the slack, led by junior Wendell Moore Jr., who has looked good in offseason workouts and early-season practices. Griffin, however, is a special player; he projects as a top 5-10 pick in the 2022 NBA Draft, per ESPN.

Countdown To Craziness is this Friday (Oct. 15). Following that, Duke has one preseason matchup with Winston-Salem State (Oct. 30). The Blue Devils open the 2021-22 season, Mike Krzyzewski’s final year, on Nov. 9 vs. Kentucky in the Champions Classic.

Fellow freshman Trevor Keels will have to take on a larger role sans Griffin; the same can be said for veteran shooter Joey Baker. Duke could also play more two-point guard lineups with Jeremy Roach and Jaylen Blakes.