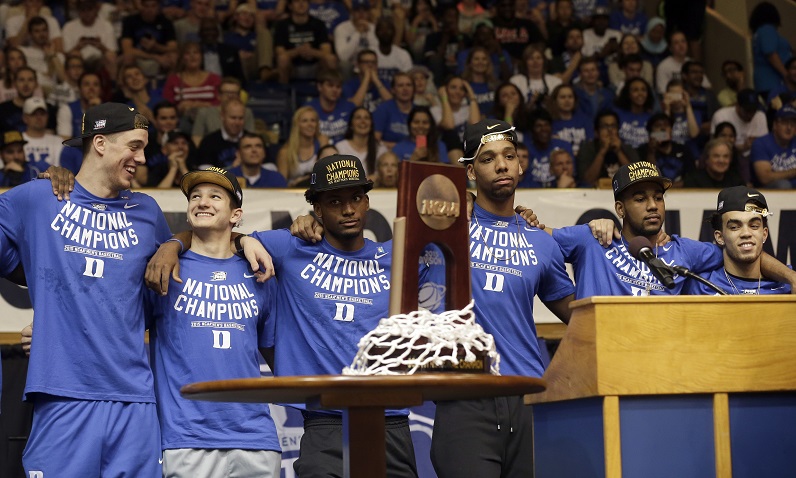 The 42nd and final season for Mike Krzyzewski at Duke will have fans in attendance. On Tuesday, Duke basketball’s official Twitter accounted tweet out the news. There was also a release from the university: all athletics venues will return to full capacity.

This means Cameron Indoor Stadium will be back to full capacity for the 2021-22 season.

BREAKING: Back to full capacity in Cameron this year! 🏰😈 pic.twitter.com/P4u81s6byp

During the 2020-21 season, Duke was as buttoned-up as possible while trying to play during the height of the COVID-19 pandemic. There were no fans. There were no credential media member there, either, aside from in-house types and the broadcast team. The same was true for all other varsity-level Duke sports.

However, 9,314 people will be back in attendance for what should be some of the most coveted tickets in sports next year.

As far as the Cameron Crazies go, it should be noted: Duke University will require all students — new and returning — for the 2021 fall semester to be vaccinated.

In the release, Duke also said that if “state, local or campus regulations related to capacity, distancing and masking change prior to or during the season, operational policies at each venue could be altered.”