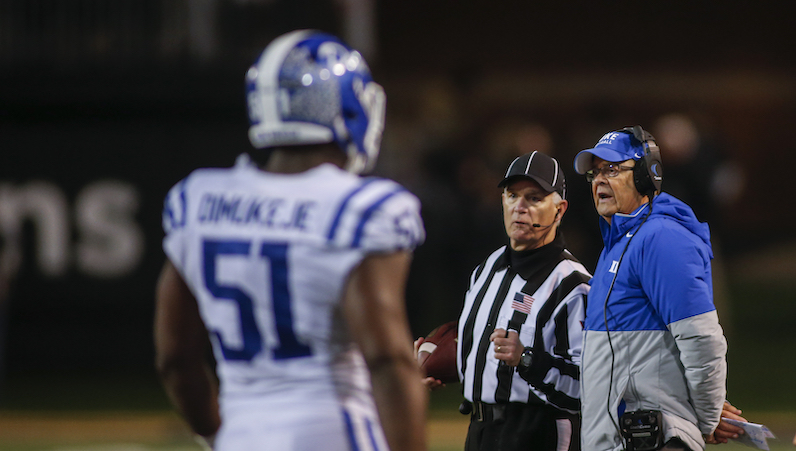 Moore, a 6-foot-2 athlete from just outside of Baltimore, is ranked by 247 Sports as one of the top 100 athletes in his class. However, Moore hopes to play quarterback at Duke for one of the best offensive minds in college football — David Cutcliffe. As of right now, Moore is the lone quarterback commit in Duke’s 2021 class.