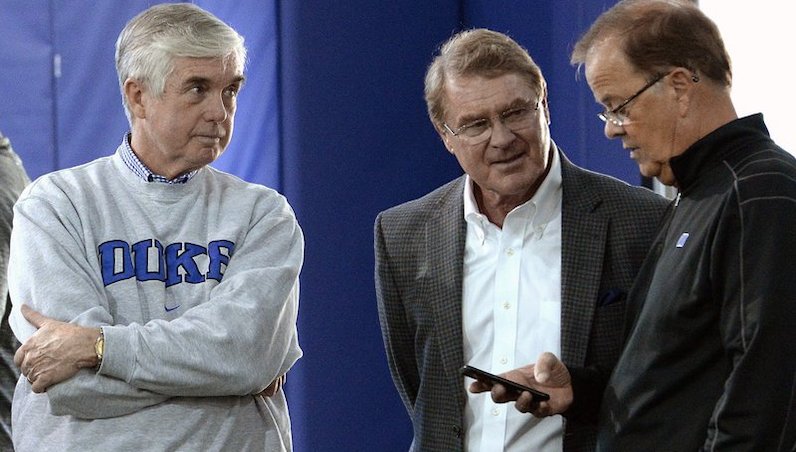 Kevin White, one of the most important names in college athletics administration, will retire in August. The director of athletics at Duke since 2008, White will step down later this year.

White, however, will continue to teach at Duke’s Fuqua School of Business.

Our leader since 2008 and one of the most experienced, distinguished and honored athletic directors in college sports, Dr. Kevin White has announced he will retire in August.

During his tenure atop one of the most powerful athletic departments in the country, Duke achieved high amounts of success.

White is one of the most experienced, distinguished and honored athletic directors in college sports and oversees a program that includes 27 varsity sports, more than 700 student-athletes, more than 300 coaches and staff, and a physical education and recreation program that touches nearly every Duke student. Under his leadership, Duke has captured eight NCAA championships – women’s tennis in 2009, men’s basketball in 2010 and 2015, men’s lacrosse in 2010, 2013 and 2014, and women’s golf in 2014 and 2019 – and 23 ACC titles.

Going back several years, White was a pivotal voice in the room for the creation of the ACC Network, which is in its second year of existence.