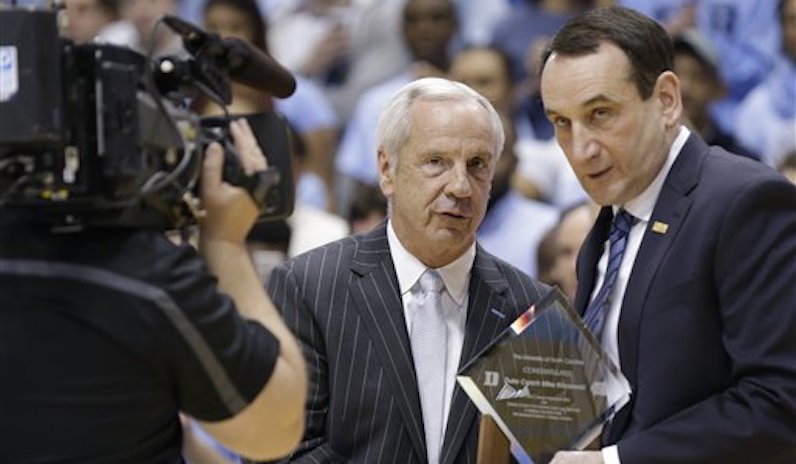 As the initial trial into corruption in college basketball starts to finish up in Lower Manhattan, a lot of new information has hit the public the last 10 days. With it on the collective mind of everyone in the college hoops universe over the last two weeks, both Hall of Fame head coaches in the Research Triangle area — Roy Williams and Mike Krzyzewski — have downplayed the events of the trial. Coach K called it a blip.

David Glenn has covered major college athletics for three decades now; on his show this week, he addressed the comments of Roy and K, regarding the state of the sport. DG acknowledged that there’s absolutely corruption in the sport — going back decades. But he explains why it would been unwise the paint with a broad brush.

The large majority of coaches I know will answer the question “Is there widespread corruption in college basketball?” with a resounding — absolutely no doubt about it — “yes.” Those same people, if you ask “Does that mean everybody does it?” those same coaches that I know personally and trust implicitly they will say, “Absolutely not!”

Listen to David Glenn on comments regarding the college basketball trial