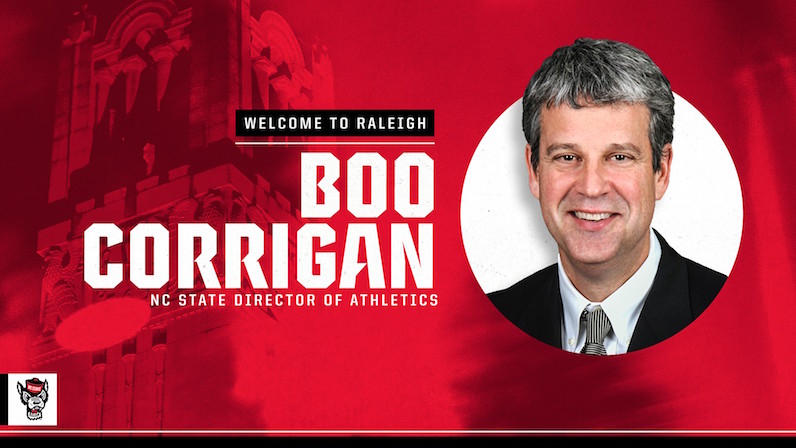 NC State University has found its replacement for Debbie Yow at its director of athletics: Boo Corrigan

Not too long after the initial report from Inside Pack Sports, NC State confirmed Boo Corrigan as its new director of athletics. He will take over for Debbie Yow, who has run NC State’s athletics department since 2010. Her contract is set to expire in July 2019. Corrigan is the son of former ACC Commissioner and Duke graduate Gene Corrigan.

To officially announce the hire, a press conference is scheduled for Jan. 31 at 10:30 a.m. at Reynolds Coliseum.

With Debbie’s retirement as NC State’s athletics director, it was critical that we find a leader that could build on the unprecedented success we have enjoyed during her tenure. In Boo we have found a very successful leader who puts student-athletes first, builds strong relationships both internally and externally, and is committed to the development of coaches and staff to achieve at a very high level. I could not be more excited about the future of NC State Athletics.

Corrigan on the job opportunity in Raleigh:

NC State is a special institution with a long, proud athletic history and an incredible fan base. I’m excited to work with the university’s outstanding coaches, talented student-athletes and dedicated staff to build on the strong foundation developed over the last several years and look forward to moving NC State to even higher levels in all aspects of the student-athlete experience.

After his game-winner vs. Clemson, Braxton Beverly joins The David Glenn Show.