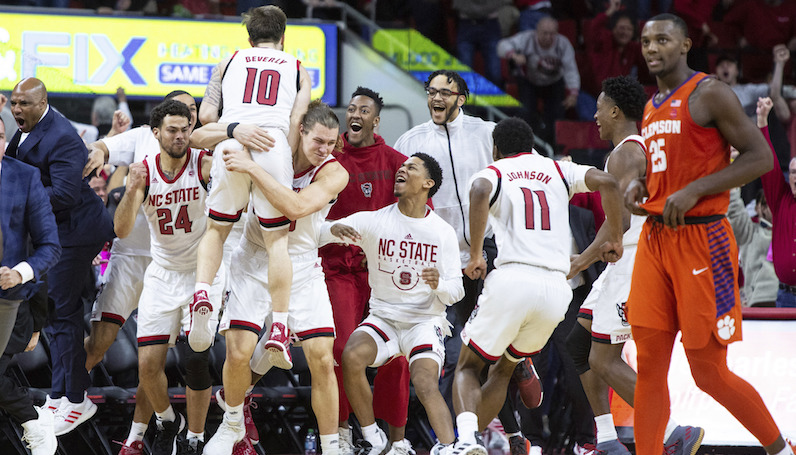 Go ahead and enter it into the category for Shot of the Year in the ACC. As the clock expired in PNC Arena on Saturday afternoon, a 3-pointer from Braxton Beverly came splashing through the net, which gave NC State a 69-67 win over Clemson.

In the final minutes of the game, Clemson had a win probability of 99 percent, according to KenPom; however, Beverly’s buzzer-beater flipped the script on that narrative. On Monday, Beverly joined The David Glenn Show to talk about his game-winning shot, facial hair and social media, and what’s on the horizon for the Pack.

Man, hits one buzzer-beater and @BBeverly10 insists on doing interviews while sitting in the hot tub. pic.twitter.com/Bhn5DLYfip

Click to listen to the full interview with Braxton Beverly

Wolfpack land at No. 23 in this week’s AP Poll