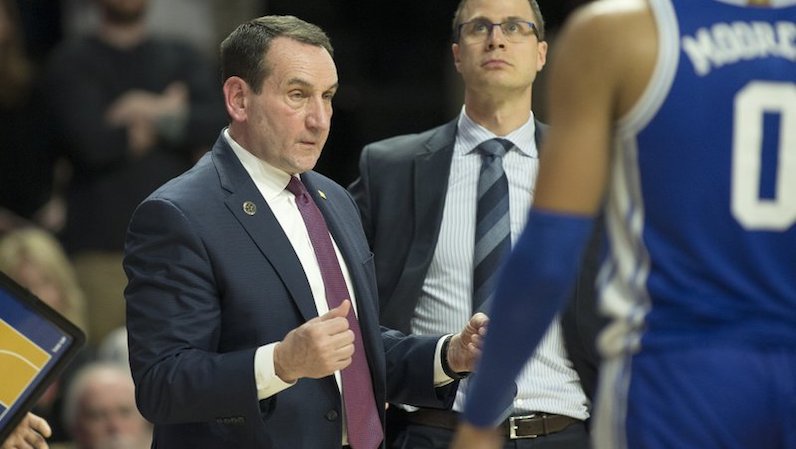 During the weekly ACC basketball teleconference, Mike Krzyzewski announced that he won’t be on the sidelines for Duke’s matchup with Boston College.

Coach K was set to miss the weekend matchup with Florida State; however, that game was officially postponed due to positive COVID-19 cases within the FSU program.

According to Krzyzewski, a family member tested positive for COVID-19. Krzyzewski and his wife tested negative on Sunday, but they remained quarantined.

"Right now they're saying 10 days so I will not coach the Boston College game. Obviously I'm involved as much as I can be."

Says it's unclear if he will coach the Wake Forest game. "I hope that I'll be able to do that." https://t.co/jKeueoW71R

Due to the postponements of the FSU and Pitt games, Duke hasn’t played a basketball game since a road win over Notre Dame back on Dec. 16 — three weeks ago.

Matthew Hurt powers Duke’s offense: inside and out