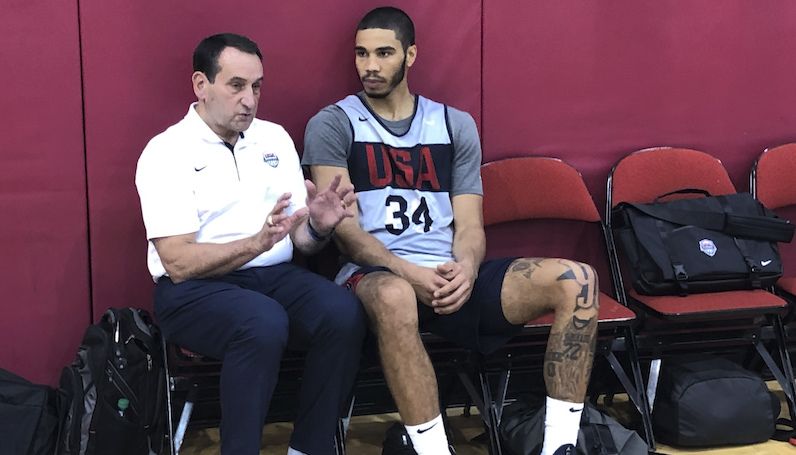 ESPN and Sirius XM college basketball analyst Chris Spatola joins Josh Graham on WSJS to discuss the retirement of Duke basketball coach Mike Krzyzewski. Prior to his time in the media, Spatola spent time on Coach K’s staff at Duke as an assistant coach. (Spatola actually became Duke’s director of basketball operations in 2008, when Johnny Dawkins left for Stanford and took Mike Schrage with him.)

Spatola and Graham discuss the weeks leading up to the announcement, Krzyzewski’s approach to recruiting, how he evolved and adapted as a coach, the Olympic teams with LeBron James and Kobe Bryant, Jon Scheyer, and a whole bunch more.

Click to listen to the full interview with Chris Spatola