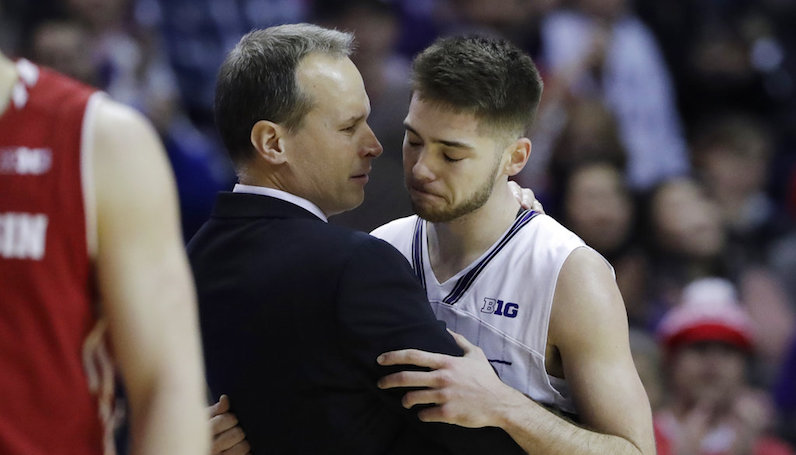 Northwestern guard Bryant McIntosh, right, gets a hug from head coach Chris Collins as he walks back to the bench during the second half of an NCAA college basketball game against Wisconsin, Thursday, Feb. 22, 2018, in Rosemont, Ill. Wisconsin won 70-64. (AP Photo/Nam Y. Huh)

Chris Collins just wrapped up his fifth season at Northwestern. The former Duke assistant stops by the David Glenn Show to discuss the significance of the 2017 run for his program, Virginia’s loss to UMBC, the ceiling for 2018 Duke basketball — and, of course, the pecking order between he and Jon Scheyer.

Click to listen to the full interview with Chris Collins