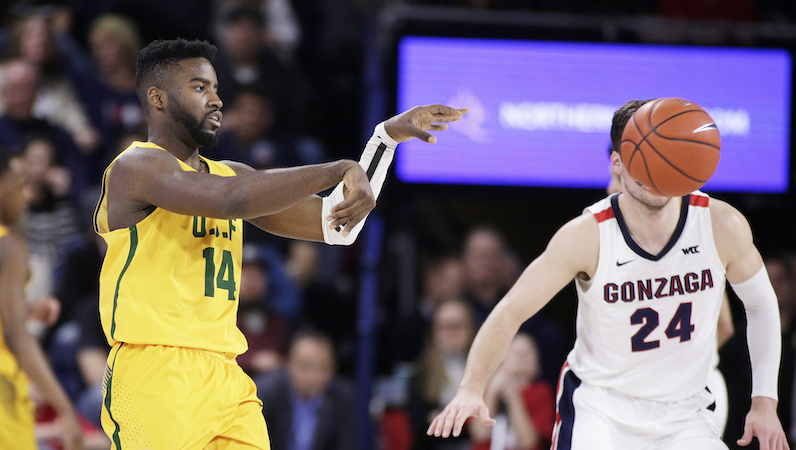 Louisville has been dealt a series of tough injury news in recent days. First, it was announced that Malik Williams will miss 12 weeks following surgery on his right foot. Two days later, though, and more unfortunate developments follow: USF grad transfer wing Charles Minlend will miss six weeks after spraining his MCL.

Louisville getting hammered by injuries: Malik Williams out for months and now USF transfer Charles Minlend out for six weeks with a sprained MCL.

Cardinals probably a Top 40-50 team to open the season.

After deciding to transfer out, Minlend considered a variety of programs this spring; Gonzaga and Arizona were in the mix. However, the 6-foot-4, 220-pound wing picked Louisville. Minlend’s decision came about a week after Radford’s Carlik Jones committed to Louisville, too. Jones and Minlend would arrive and help assuage the departures of Dwayne Sutton, Jordan Nwora and Ryan McMahon.

However, Minlend will now miss nearly a month of game action.

With Williams out for an extended period of time, Louisville may need to rely more on a variety of small-ball lineups. Minlend could be a real asset in this capacity, too. But Chris Mack must wait to deploy Minlend.

During the 2019-20 season, Minlend averaged 14.4 points, 4.7 rebounds and 1.8 assists per game for a strong San Francisco squad. As a result, Minlend was named second team All-West Coast Conference. The 6-foot-4 guard appeared in 98 games during his three seasons with the Dons (80 starts). Minlend scored career 1,271 points.