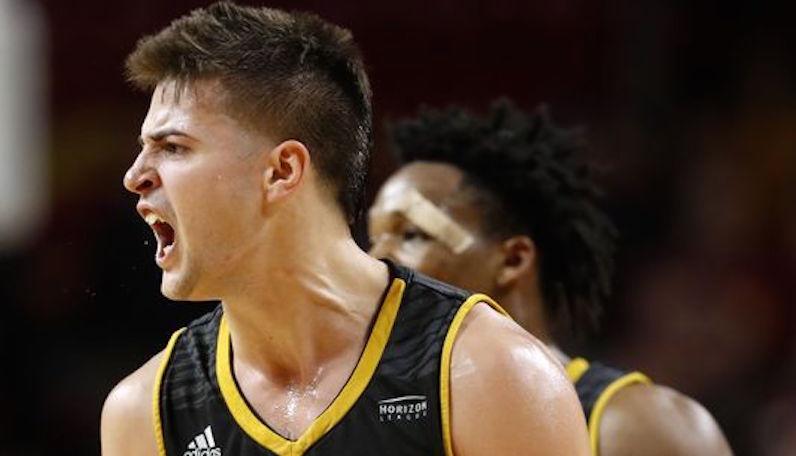 Even as Virginia just added a surprising late addition to its 2018 recruiting class, 7-foot Argentinian center Francisco Caffaro, the Cavaliers might not be done adding to next season’s roster.

With former UNC Asheville guard MaCio Teague choosing Baylor, one of the best remaining players on the transfer market is Wisconsin Milwaukee’s Brock Stull, who like Teague is being pursued by Virginia and other ACC programs. Unlike Teague, Stull is a graduate transfer eligible to play immediately.

That is what really makes Stull an ideal target for Virginia. Rising sophomore Marco Anthony may be able to step up next season after showing flashes in occasional playing time, but the Cavs must replace the minutes and production of both Devon Hall and Nigel Johnson. That’s a tall order for any one player.

Going the grad transfer route to replace Johnson, himself a grad transfer who played one season at Virginia, makes a lot of sense. Stull averaged 13.4 points for Milwaukee last season and was well rounded enough to also contribute 4.8 rebounds nad 3.1 assists a game.

He’ll see a significant step up in competition if he joins Virginia, North Carolina State or any other major conference program, but he’ll bring experience wherever he goes. It’s also worth noting he was originally recruited to Milwaukee by former Panthers coach Rob Jeter, who is a friend of Bennett’s and fellow former Bo Ryan assistant, which likely means he knows exactly what he’d be stepping into joining the UVA system.

As Bennett and his staff pursue transfers, it’s clear they are thinking beyond just this season. The Cavaliers are working on what could be a fantastic 2019 recruiting class and bringing Stull for just a season allows plenty of flexibility in available scholarships for 2019 and beyond.

The Cavs also must prepare for the possibility some of their star players my be ready for the professional ranks after next season. Virginia continues to court four and five-star guards who could join Casey Morsell in the 2019 class, but the Hoos really won’t know what they need until they see what happens to the NBA stock of Kyle Guy and Ty Jerome after next season.

Then there’s De’Andre Hunter, who seems like a virtual lock to leave for the NBA after next season with mock drafts suggesting he could be a lottery pick in 2019. No wonder the Cavs are looking at another transfer, former Alabama forward Braxton Key.

Key, who had a scholarship offer from Virginia while attending Oak Hill Academy, visited the Cavaliers this week and while he’d have to sit out this season he’d have two years of eligibility going forward.

Key is a 6-foot-8, 225 pounder who, like Hunter, can play either forward position and averaged 12 points per game as a freshman before seeing his production slip to seven points a night last season.

In the right situation, Key has potential to be a tremendous contributor and Steve Smith, his coach at Oak Hill, told Doug Doughty of The Roanoke Times he thinks Key would be a tremendous fit at UVA.