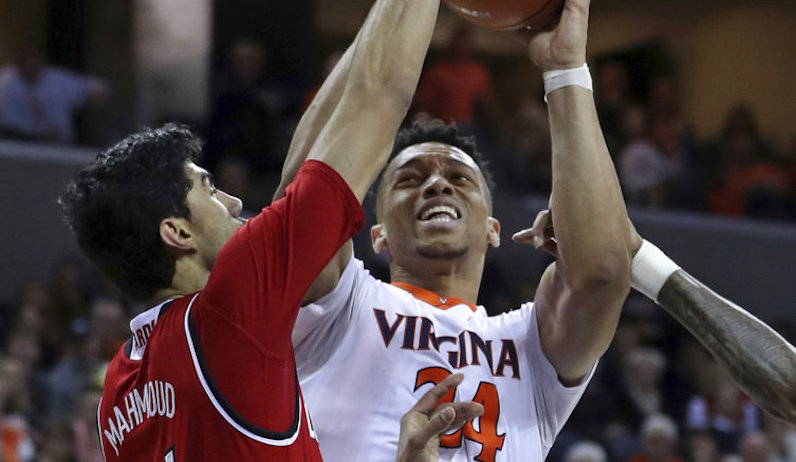 Virginia heads into an offseason needing to replace the production of graduated guards Devon Hall and Nigel Johnson. And unless there’s a surprise graduate transfer on the way, the Cavaliers aren’t bringing in a lot of new blood ready to step into the backcourt.

Tony Bennett may ask a lot of the rising sophomore guard; Hall averaged 11.7 points per game, and was arguably the best defensive guard in the ACC. Johnson averaged five points off the bench and had the occasional huge game in his only season with the Cavs.

Virginia’s incoming recruiting class includes guards Kody Stattman and Kihei Clark, but given what it takes for true freshmen to earn minutes in Bennett’s system: nobody should expect either to contribute much next season. In fact, either could be redshirt candidates.

So even with starters Kyle Guy and Ty Jerome returning, the opportunity is there for Anthony to earn a lot of playing time, and he will need to perform well if the Cavaliers are going to repeat as ACC champs or find redemption in the NCAA Tournament.

Will Anthony become the next Cavalier to seemingly come out of nowhere, at least to casual fans?

He surely won’t be singled out in a lot of season previews. Anthony was a 3-star prospect coming out of high school in San Antonio, and averaged just eight minutes in 13 games as a freshman, scoring two points and grabbing one rebound per contest.

But, when called upon, he showed some flashes of what attracted Bennett to him in the first place. With Johnson suspended in January, Anthony got his most significant playing time and came off the bench to score 10 points in a victory against Louisville.

At 6-foot-4, 220 pounds, Anthony brings similar size and athleticism to Hall, who was sometimes called upon to guard bigger players or be the one to get the ball into the lane offensively.

Ty Jerome and Kyle Guy are back to be the stars in the backcourt, but Anthony will have to play Hall’s role, at least at times.

That’s asking a lot, but Jerome and Guy are both shining examples of the jump players can make from first year to second in the Virginia system, each roughly doubling their minutes played and scoring as sophomores.

Anthony has the opportunity to be a glue guy on a very good team as Jerome, Guy and De’Andre Hunter are set to assume the starring roles.

But that’s precisely what the Cavaliers need.

The value of the redshirt: How UVA basketball takes advantage of this resource