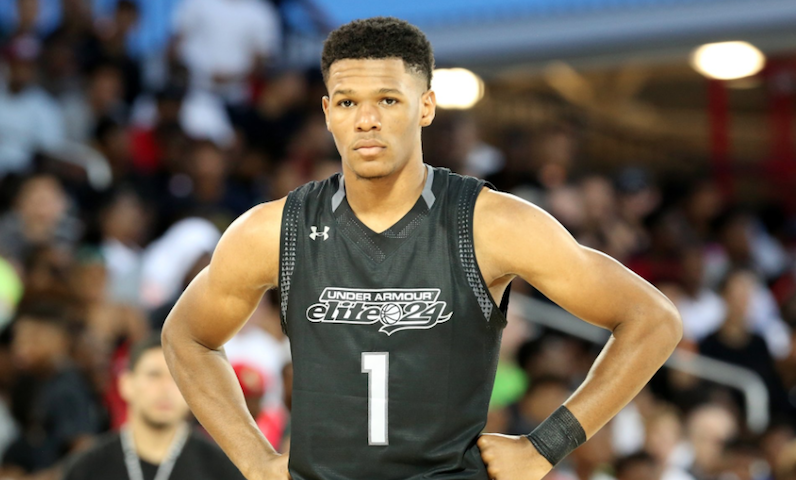 Landing Trevon Duval could very well turn out to be Duke’s best acquisition for the 2017-18 team.

The No. 1-rated point guard in the incoming freshman class, Duval gives the Blue Devils a pass-first point guard to build the team around. If he lives up to his five-star rating, his job on Duke’s team will be as the main ball-handler — the person charged with getting the team into its offense.

The last two seasons, Duke counted on a team approach to that role because it lacked a true point guard. However, with Duval arriving this summer, that’s no longer the case.

“Pretty much,” Duke coach Mike Krzyzewski said, “I want him having the ball.”

How will that look?

Duval playing point guard for 35 minutes a game, or so, frees up senior Grayson Allen and freshman Gary Trent Jr., to concentrate on scoring. Duval will be in position to get them the ball when their scoring chances are best; he can create high-percentage looks for the two.

Yes, Duke will be counting on inexperienced players to handle major minutes. In addition to Duval, Trent and power forward Wendell Carter also arrive as five-star recruits who will step directly into Duke’s rotation.

Small forward Jordan Tucker, a four-star recruit, will be an important player as well with his perimeter scoring skills. But the fact that Duval is on the team gives Duke its best chance to be a strong offensive team once again.

No longer does Allen have to play a combo guard role where he’s in scoring situations at some junctures of the game and point guard at others. He can concentrate solely on putting the ball in the basket.

“I want him to be, and I think he can be, one of the leading scorers in the country,” Krzyzewski said.

Duval will have an impact on whether or not that happens.