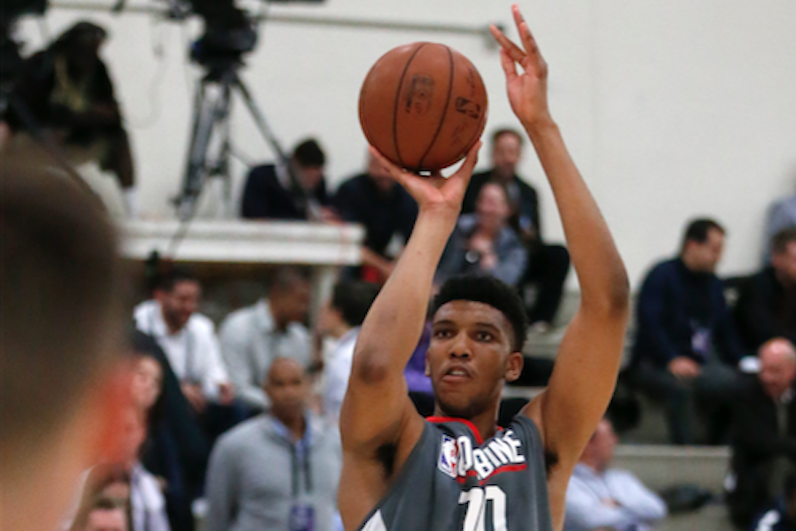 Tony Bradley’s future remains the biggest unanswered question for UNC basketball as it relates to next season. That won’t be the case for much longer, though.

Underclassmen in the NBA Draft have until May 24 to decide whether or not they’ll return to school. Between now and then, Bradley will work out for individual teams and continue to gather feedback.

According to Ian Begley of ESPN, the Tar Heel center will work out for the New York Knicks on Wednesday:

DraftExpress projected the 6-11 big man to go No. 40 overall (10th pick in the second round) in its latest mock draft. That’s significant because Bradley told reporters at the NBA Draft Combine last week that he’s looking for a first-round grade. However, the possibility remains that a franchise will still use a top-30 pick on the Bartow, Fla., product.

For UNC, Bradley’s decision looms large. With Kennedy Meeks graduating, Bradley would be a natural fit to slide into the starting spot at the 5. Without Bradley, incoming freshmen Brandon Huffman and Sterling Manley would be the only centers on the 2017-18 roster. Both are 3-star recruits who sit outside the top 150 nationally in their class, according to 247Sports’ composite rankings.