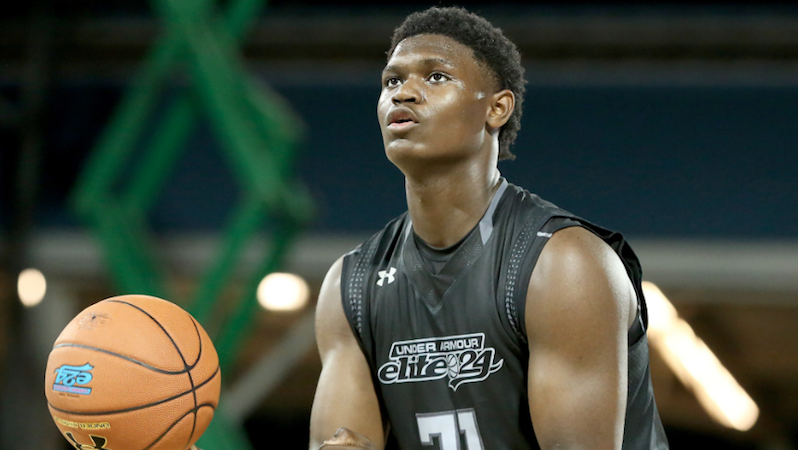 Zion Williamson is a priority for UNC in the 2018 class. (AP Photo)

Though Roy Williams is after multiple uncommitted prospects in the 2018 class, Zion Williamson might be at the top of the wish list.

Williamson, a 6-7 combo forward from Spartanburg, S.C., is the No. 2 prospect in his class, per 247Sports’ composite rankings.

He has grown significantly over the last couple of years. After dominating the AAU circuit last summer, Williamson shot into the upper echelon of 2018 prospects.

According to Spartanburg Day head coach Lee Sartor (via the Charlotte Observer), Williams recently compared Williamson to Michael Jordan as one of the more gifted prospects the Tar Heel coach has seen. Williamson has visited Chapel Hill on multiple occasions.

South Carolina has been good to Williams throughout his tenure as UNC’s head coach. It began with Raymond Felton, who won a national title under Williams after starting his career under Matt Doherty. The Latta native developed into one of America’s top point guards during his junior season.

UNC is in the running with Williamson because of location, playing style and prestige. Of course, many of college basketball’s other top programs, including Duke, are also in the running.

Harrison Barnes, the consensus No. 1 player in the 2010 class, was the last recruit of Williamson’s caliber to sign with UNC. In the last five years, the Tar Heels have struggled to land prospects ranked in the nation’s top 10.

Should Williamson commit, he would join a 2018 Tar Heel group that currently comprises guards Coby White and Rechon “Leaky” Black. White and Black are both 4-star players in a class that now ranks No. 3 nationally, per 247Sports’ composite rankings.

How many 2018 prospects will UNC take?