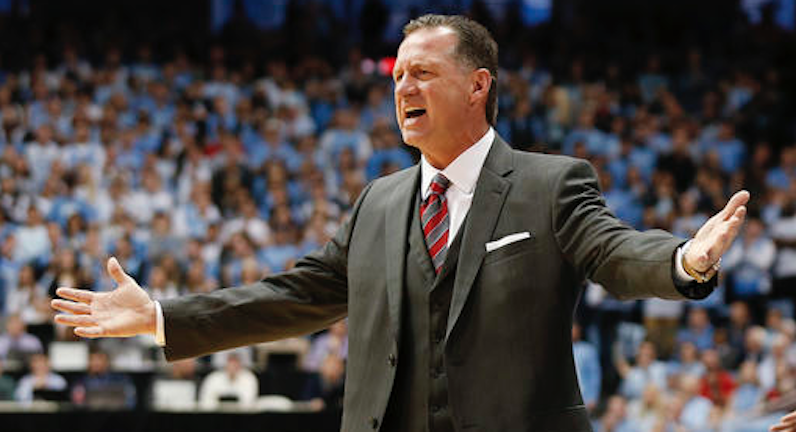 NC State will have a new basketball coach next season. (AP Photo)

NC State has decided to fire Mark Gottfried at the end of the 2016-17 season, according to Mark Armstrong of ABC11:

Per the report, the decision was made over the weekend, and the Wolfpack has already put out “preliminary feelers” to Dayton head coach Archie Miller. NCSU lost 88-58 at Wake Forest on Saturday.

An NC State spokesman wrote in a statement released on Twitter on Monday night that Gottfried remains the program’s head coach and that the school hasn’t reached out to another coach:

Defensive struggles have plagued the Wolfpack all season. According to KenPom.com, NC State ranks No. 214 nationally in adjusted defensive efficiency, and it has allowed 82 or more points in each of its last seven games.

The high point of the Wolfpack season was an 84-82 triumph at Duke — NCSU’s first win at Cameron Indoor Stadium since the 1994-95 season. However, Gottfried’s squad has lost five straight since that Jan. 23 contest and is headed toward back-to-back losing seasons for the first time in over 20 years.

The 14-12 Pack will host North Carolina on Wednesday.

MORE: How did NC State get here with Mark Gottfried?