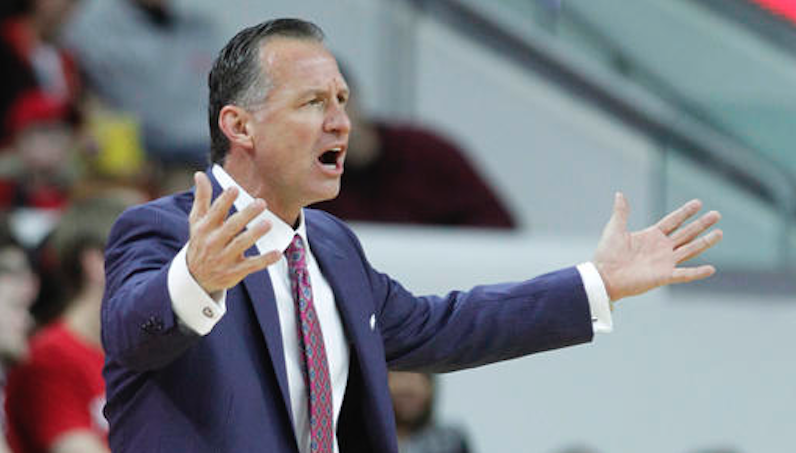 Ships that pass in the night.

It was just three weeks ago when NC State upset Duke at Cameron Indoor Stadium. Dennis Smith Jr. was masterful as NC State won 84-82 and rallied around a red-clad Bell Tower later that night.

A lot has changed for both times since that evening in Durham; Duke has won five straight and appears to be preparing for a lengthy NCAA tournament run, while NC State is winless in its last five contests.

A comedy of errors has befuddled the Wolfpack in recent weeks. The ship containing the postseason hopes for Mark Gottfried’s most talented club since arriving in Raleigh has since sailed. The biggest concern for this team, however, is something that has plagued NC State since the outset of the Gottfried administration. According to KenPom.com, the Pack ranks No. 214 nationally in defensive efficiency. The team allows nearly 107 points per 100 possessions — by far the worst State has put up under Gottfried.

Here’s a quick breakdown of how NC State has fared defensively during its five-game slump. If you happen to be fan of the Wolfpack, you may want to avert your eyes.

Per KenPom, NC State has allowed more than 1.2 points per possession in all five games; that is just not acceptable. Even if you do not subscribe to the “Defense Wins Championships” paradigm, it is untenable to allow this kind of offensive output.

In this stretch, NC State’s opponents have attempted 310 field goals; they have made half of these attempts — 155. During the same stretch, Wolfpack opponents have shot 50 percent on three-pointers and are averaging better than 11 made triples per game.

NC State has tried using a matchup zone defense in ACC play, but the team appears to be lost in coverages and lacking in communication. Shooters have roamed the arc and launched uncontested three after uncontested three; this was especially problematic in the Syracuse game. The Orange banged home 15 three-pointers while the Wolfpack scrambled to cover perimeter real estate.

According to Synergy Sports, NC State has allowed opponents to shoot 55.4 percent on spot-up possessions this season — by far the worst mark in the ACC. Louisville — on the other end of the spectrum — has held opponents to just 32.9 percent shooting on spot-ups.

Even if the Pack forces a miss, that doesn’t mean the team is out of the woods. Per KenPom, State has allowed opponents to rebound 31 percent of their own misses. Teams have used this as a way to create easy offense. According to Synergy, NC State opponents are shooting 61.8 percent on putbacks this season.

NC State’s transition and pick-and-roll defense have also struggled mightily; Gottfried’s squad ranks near the basement of the league in points allowed per possession in both of those categories.

The Wolfpack has five more games remaining on its schedule. What started out as a promising season will likely end with a whimper. This is not the follow-up Gottfried wanted to last season’s disappointment, and ultimately, it could seal the coach’s fate in Raleigh.