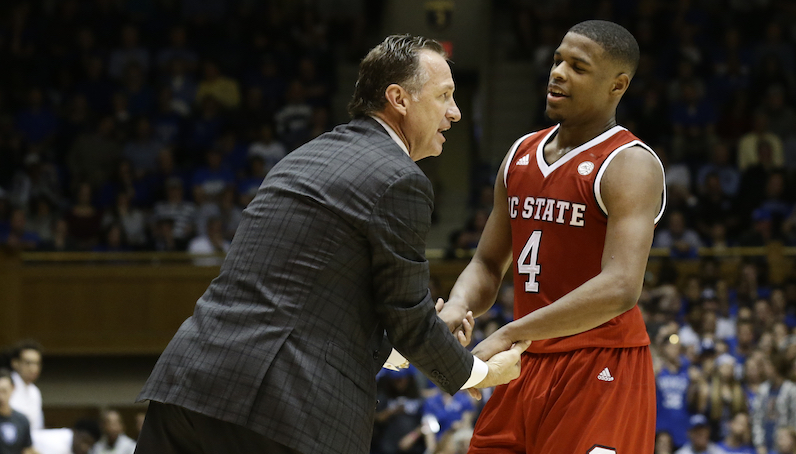 According to a series of tweets from Joe Giglio of the News and Oberserver, the NCAA filed its response to NC State and former basketball coach Mark Gottfried — on their response to the NCAA’s Notice of Allegations. This is all tied to the recruitment of former one-and-done point guard Dennis Smith Jr., now in the NBA.

The NCAA has filed its response to NC State and former coach Mark Gottfried's response to the Notice of Allegations.

Still waiting for a hearing date to be set.

Last July, NC State made public that it received the NOA from the NCAA. Two months back, in Dec. 2019, NC State responded to those allegations. The school accepted that various Level II and Level III violations occurred; however, NC State pushed back on Level I violations.

Included in the NCAA's response, according to a source with knowledge of the information, are phone records of Gottfried and former assistant coach Orlando Early on the days leading up to and after the alleged $40,000 payment to Dennis Smith Jr.

Giglio also notes that NC State planned to release all the requested phone records back in December. Gottfried’s attorneys were able to get a temporary restraining order on that release, however. The university and Gottfried are still in the legal process of going through those records.

Gottfried is in his second season as the head coach of Cal State Northridge.