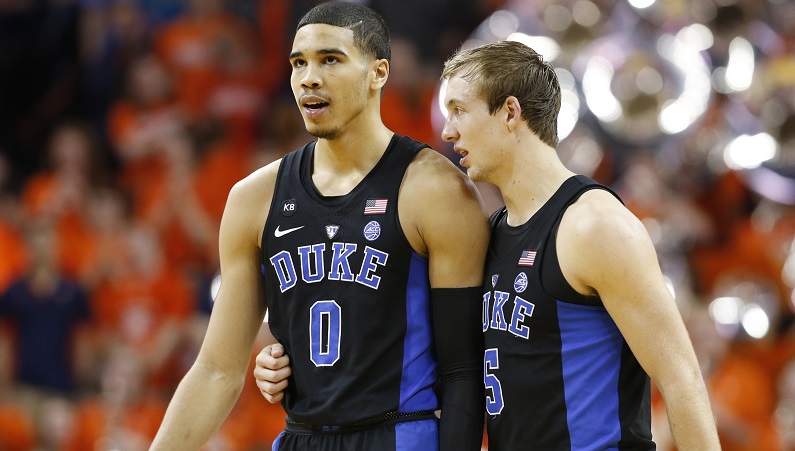 Jayson Tatum (0) and Luke Kennard (5) could both hear their names called in the first round of this summer's NBA Draft. (AP Photo)

Luke Kennard went from a reserve last October to a consensus All-American to, he believes, a first-round NBA draft pick.

Kennard declared for the NBA Draft on Thursday, deciding to take his one season as Duke’s leading scorer and parlay that into millions of dollars as a professional player.

The 6-5 guard made 48.9 percent of his shots during the 2016-17 season to average 19.5 points per game. He was the most consistent player on a Duke squad that saw its lineup in flux all season.

Kennard met with coach Mike Krzyzewski after the season and received feedback from the NBA about his possible draft status.

The Franklin, Ohio, native received enough assurances that he’d be a first-round pick.

“After considerable reflection, prayer and consultation with my family and coaches, I have decided to take the next step in pursuing my basketball dreams by entering the NBA Draft,” Kennard said. “Being a member of the Duke Basketball brotherhood is always going to be special to me. I have nothing but love and respect for everyone in the Duke program.”

DraftExpress projects Kennard as the No. 25 pick in the first round. Sports Illustrated and NBADraft.net also project him to go in the first 25 picks.

Just like Duke freshmen Jayson Tatum and Harry Giles, Kennard is taking the full leap to professional basketball. He’ll hire an agent, so he won’t be returning to Duke next season.

“I’ve loved coaching Luke and having he and his family in our program,” Krzyzewski said. “Luke’s skill set is such a perfect fit for the way the NBA game has evolved and we’re all excited to see him flourish at the next level. He is a wonderful person who will immediately be an asset to an NBA team.”

Kennard’s departure means Duke is losing its two top scorers in he and Tatum (16.8 PPG). The coaching staff is still unsure if junior guard Grayson Allen, who averaged 14.5 PPG, will return. The same goes for freshman guard Frank Jackson (10.9 PPG).

In addition to the three guys going early to the NBA, Duke is losing seniors Amile Jefferson and Matt Jones. Reserves Chase Jeter and Sean Obi are transferring. 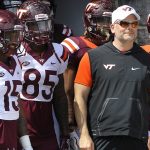