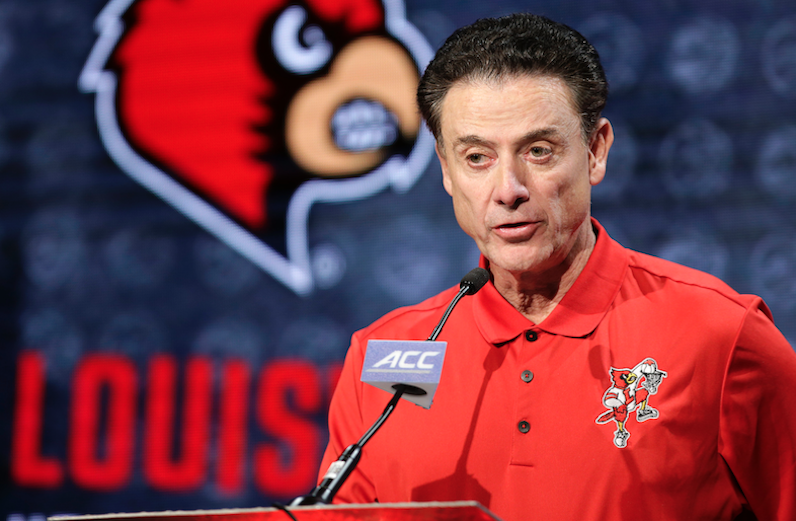 With Deng Adel’s decision to return for his junior season, Louisville basketball coach Rick Pitino will have a variety of lineup possibilities in the 2017-18 season. Pitino revealed in a recent press conference that Adel will see time at shooting guard next season as the Cards seek to replace Donovan Mitchell.

“Everybody (among the NBA scouts) was impressed with his length, his athleticism,” Pitino said of Adel. “He has the athleticism. He has all the components to be a very good basketball player. Now, he needs to work on a few skills.”

The return of veteran point guard Quentin Snider ensures stability in the Louisville backcourt. Snider, a 37.3 percent three-point shooter last season, and Adel, a 34.6 percent shooter from long range, will provide some firepower from outside.

UofL will have at least seven scholarship players listed at 6-6 or taller, including a trio of wings. Adel’s return, along with 6-6 sophomore V.J. King and 6-8 incoming freshman Jordan Nwora, will create matchup nightmares for opponents.

When the Cards go big, they can really go big. Such as having four 6-8 or taller players on the court at any given time.

“We should cause a lot of problems defensively for people,” Pitino said.

The Cards will have a pair of 7-footers in their 2017-18 rotation as freshman Malik Williams joins forces with senior Anas Mahmoud.

Power forwards Ray Spalding (junior) and Lance Thomas (freshman) — both 6-10 — will also be in the mix.

With that quartet, the Cardinals will be able to match up size-wise with anyone they face.

The additions of Nwora, Thomas and Williams is especially significant for the Cardinals in light of who they lost. The departures of 6-10 senior Mangok Mathiang, 6-9 Jaylen Johnson and 7-footer Matz Stockman required a reloading at the forward and center positions.

Jae’Lyn Withers: New Styles and Refusing To Wither Away