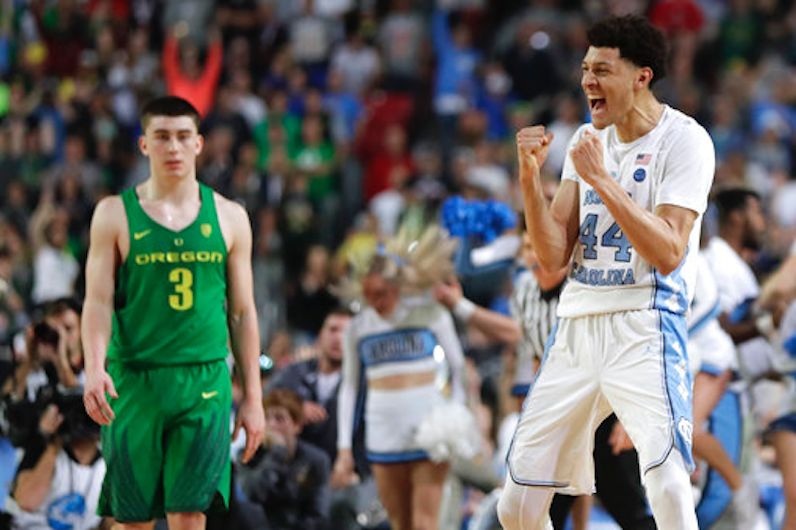 Justin Jackson was the 2017 ACC Player of the Year. (AP Photo)

Jackson averaged 18.3 points per game this past season, garnering ACC Player of the Year honors. He drained a school-record 105 three-pointers in his third year with the Tar Heels.

DraftExpress projects the Tomball, Texas, native as the No. 13 pick in this summer’s draft.

“I thank God, my coaches and teammates and the University of North Carolina for giving me this extraordinary opportunity,” Jackson said. “My family and I discussed my decision with Coach Williams and we agree that declaring for the NBA Draft is best for my career.

“I wouldn’t trade anything the last three years as a Tar Heel, especially getting the chance to win a national championship, which was unbelievable. I feel I made a good decision last year to come back for my junior year. That has put me in a much better position as a basketball player and a person. I’m proud to know I will always be a Tar Heel.”

“Justin has improved his draft position immensely this year and it’s a credit to him and the hard work he put into making himself a great player,” North Carolina head coach Roy Williams said. “We are so pleased that he is able to take this step and look forward to watching him play for many years at the next level.”