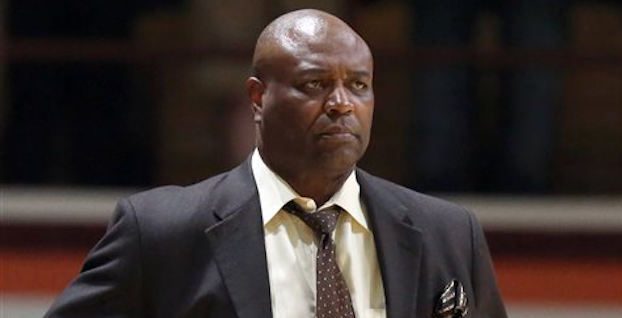 Florida State started ACC play off on the right foot on Wednesday with an 88-72 home victory over Wake Forest. After trailing 66-61 more than halfway through the second half, FSU responded with 17 straight points en route to closing the game on a 27-6 run.

The Seminoles are 1-0 in ACC play for the first time in four years. Wednesday’s victory follows a 12-1 nonconference slate. It wasn’t the most daunting of schedules, but FSU was able to notch wins over Minnesota, Illinois and Florida — all of which have realistic NCAA tournament shots.

Most prognosticators, or as they’ve come to be called “bracketologists,” currently have FSU between the 4-6 seed range for the Big Dance. The Seminoles haven’t been to the NCAA tournament since 2012, and want to avoid extending that hiatus to five years.

For FSU to get there, it may simply need to finish .500 in ACC play. That, however, is easier said than done. Currently, the ACC has five teams ranked in the AP Top 25 and three in the top 10. Nine of the conference’s 15 teams have a sub-40 RPI. Four of the league’s teams rank inside Ken Pomeroy’s top 10.

Florida State’s stiffest test yet will come on Saturday as the Seminoles invade John Paul Jones Arena to take on No. 12 Virginia. The Cavaliers, of course, are coming off a 61-53 victory on the road against sixth-ranked Louisville.

Saturday’s contest starts a gauntlet for Florida State that includes four ranked opponents in five games. The one exception is a home contest against a Virginia Tech team that stands to be a sleeper in the conference. The Hokies defeated FSU in both matchups between the teams last season.

Following contests against the two Virginia schools, FSU will host No. 5 Duke, visit ninth-ranked North Carolina and then host Louisville and No. 24 Notre Dame. The Seminoles will pay return visits to Duke and Notre Dame in February.

Aside from the six games against currently ranked opponents, the Seminoles will also have to travel to face Pittsburgh and host an explosive NC State squad — two teams that are currently a combined 22-4. FSU will twice play both Clemson and Miami, who are each teams with NCAA tournament aspirations.

With nine wins the goal, there are some definite must-wins on the ACC slate, and the first of them may have come Wednesday against Wake Forest. FSU, at the very least, has to split with Miami, Clemson and Notre Dame. The Seminoles will need to at least split back-to-back road games against Georgia Tech and Syracuse to close the month of January.

Hosting Boston College on Feb. 20 will be a must-win. Aforementioned home contests against Virginia Tech on Jan. 7 and NC State on Feb. 8 are two games the Seminoles would be best served to win as well. Assuming FSU can do all of that, it would likely need just one other win to feel good about its NCAA chances.

Making assumptions with Florida State is never safe, though. There have been several times over the last decade and a half where the Seminoles excelled in the non-conference only to flounder against ACC competition and miss the tournament. That happening this season would make head coach Leonard Hamilton’s seat very hot.