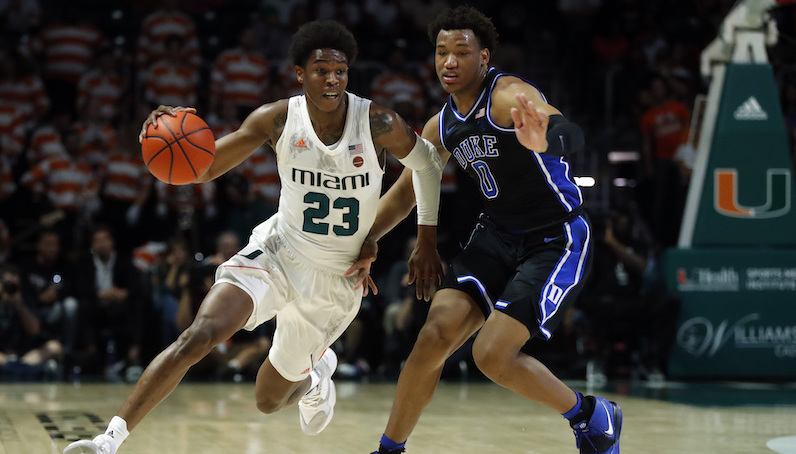 Duke Basketball will be without freshman wing Wendell Moore when the Blue Devils play at Georgia Tech this week. Moore could be out for a while after that game, too, according to Mike Krzyzewski. During the win at Miami, Moore suffered a broken bone in his hand. He will undergo surgery on Monday, Jan. 6.

So far this season, Moore appeared in all 14 games for Duke (13-1); he averaged 7.4 points, 3.9 rebounds and 2.0 assists per game. And while he’d struggled with his shot (46.2 eFG%), Moore was playing good basketball — emerging as a secondary creator and strong driver of the basketball.

Duke freshman Wendell Moore Jr. will have surgery today for a broken bone in his hand. Coach K: "We think everything is going to be good, but he'll be out for awhile."

Fortunately for Duke, there’s still plenty of depth on the wing. Fellow freshman Cassius Stanley has played good basketball this season, including a 20-point outburst at Miami. Joey Baker and Alex O’Connell offer perimeter shooting, too. The Blue Devils have also used the dual-point guard combination of Tre Jones and Jordan Goldwire together as well.