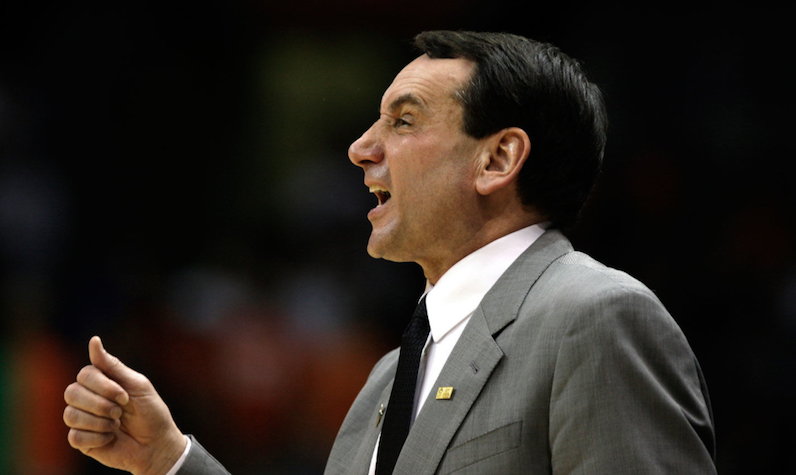 Duke will enter next season with a number of question marks. After losing Luke Kennard, Jayson Tatum, Harry Giles and Frank Jackson to the NBA, Mike Krzyzewski’s squad is searching for a new identity. Will the Blue Devils have what it takes to cut down nets in the 2017-18 season?

Duke will never be out of it with Krzyzewski on the sideline. And, of course, he’s lost similar talent in past seasons.

The genius of Krzyzewski’s style is that he’s not focused on specific positions. He’s looking for the right five basketball players, regardless of whether it’s two guards, two forwards, and a center, or something completely different.

The 2017-18 Blue Devils won’t be Krzyzewski’s deepest squad. However, they’ll be deep enough for him to play a rotation of at least seven or eight quality players.

That’s all Duke typically needs to be highly successful.

Grayson Allen, the team’s only rising senior, provides the Blue Devils scoring punch. Allen will provide leadership for a squad heavy on freshmen and sophomores.

What We Don’t Know

Duke got a lot better last week with the additions of Jordan Tucker and Trevon Duval. But how much better?

Duval is one of the centerpieces of Duke’s six-man class that includes fellow 5-star Wendell Carter. In Duval, the Blue Devils have the true point guard they lacked the last two seasons. Tucker is a versatile 6-7 wing who will help Duke overcome the losses of Kennard and Tatum.

Center Marques Bolden had an underwhelming freshman season but returns as one of the more promising players in the ACC. He will play a vital role in Duke’s fortunes. The Blue Devils desperately need Bolden’s rebounding, scoring and post presence to stay afloat near the top of the ACC standings.

Allen will provide some stability if he can keep his emotions in check. But after multiple behavior issues on the floor, can Allen hold it together his senior year? Krzyzewski, as well as Duke’s young players, will be looking to Allen for leadership. The senior has to show some maturity and become that leader for the Blue Devils to maximize their potential.

It’s debatable whether Duke’s incoming freshmen are as talented as last year’s class. What’s not debatable is that the newcomers will have to play essential roles for Duke to return to the top of the ACC next season.

Fortunately for Coach K, the Blue Devils will have the firepower to challenge anybody they face.

READ MORE: What will the Duke basketball rotation look like in 2017-18?