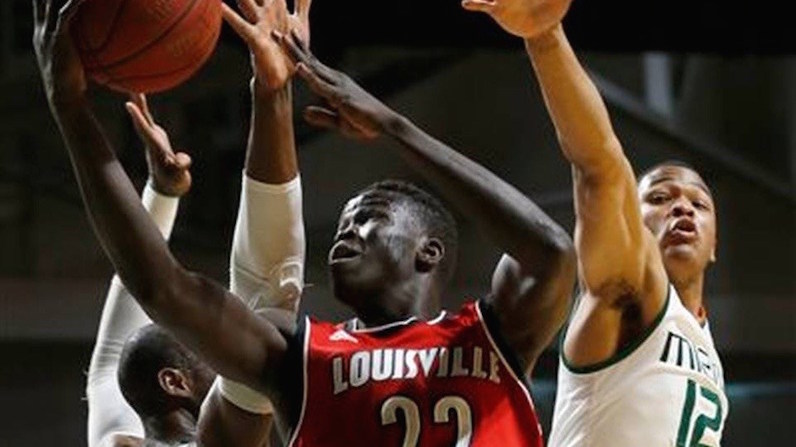 Dang Adel (22) will be back at Louisville for his junior season. (AP Photo)

Louisville will return one of its three underclassmen who declared for the 2017 NBA Draft.

According to Jon Rothstein of FanRag Sports, Deng Adel has withdrawn from the draft. He’ll be back with the Cardinals as a junior next season.

Adel averaged 12.1 points and 4.5 rebounds per game for the Cardinals last season. He shot 34.6 percent from three-point range and also finished third on the team in assists (70). The 6-7, 200-pounder will be Louisville’s No. 2 returning scorer behind point guard Quentin Snider.

The Cardinals lose sophomore guard Donovan Mitchell and junior forward Jaylen Johnson to the draft this offseason. Mitchell, a first-team All-ACC performer, projects as the No. 12 pick in the draft, per DraftExpress.