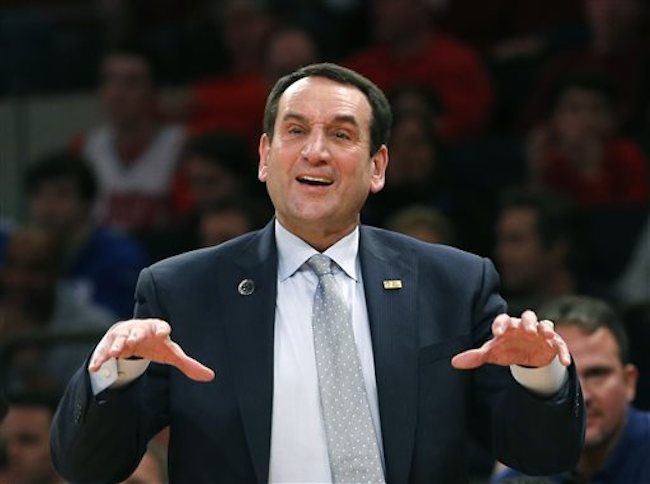 Duke has struggled during Coach K's leave of absence while recovering from back surgery. (AP Photo)

Northwestern basketball coach Chris Collins, who played for and was an assistant under Mike Krzyzewski at Duke, recently joined the David Glenn Show and compared Coach K’s absences of 1995 (when Collins was a player for the Blue Devils) and the current season.

“We never found our way,” Collins said of the 1994-95 season. “Back then, Coach was younger, and I think he wanted to take on a lot more of doing everything… Not having his voice was such a stark difference.”

Click below to listen to the full interview from the David Glenn Show.