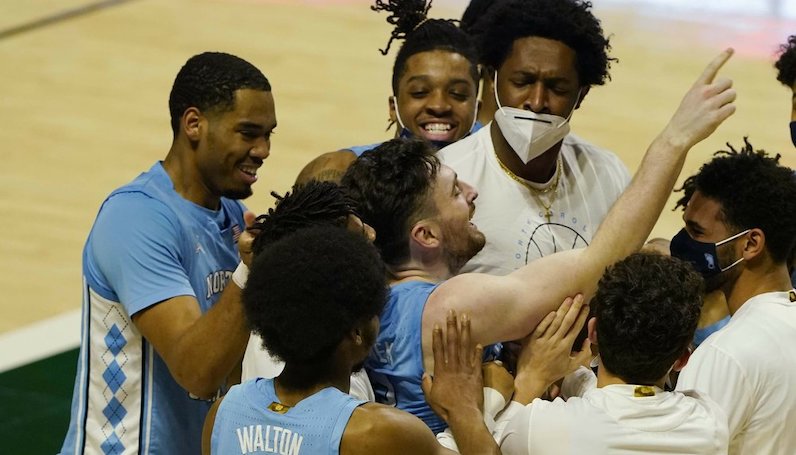 One more North Carolina basketball player from the 2020-21 season has entered the transfer portal, albeit much later in the process: Andrew Platek.

Platek spent the last four years at UNC; however, he’ll use his fifth year of eligibility (due to COVID-19 rules) elsewhere, it seems. During his time with the Tar Heels, Platek appeared in 127 games, making 11 starts. For his career, he averaged 2.6 points and 1.3 rebounds per game. Platek was also a career 29.9 percent 3-point shooter: 46-of-154 3PA.

Originally, Platek committed to UNC as part of the 2017 recruiting class — along with Garrison Brooks, Brandon Huffman, Jalek Felton and Sterling Manley. Platek was a 3-star commitment out of New York state; he pledged to UNC in July 2016.

While Platek found different ways to contribute, his lack of scoring and shooting punch on the wing was a limiting factor. North Carolina enters the 2021-22 season with a great deal of depth at those wing/guard positions, too: Kerwin Walton, RJ Davis and Leaky Black, along with Caleb Love.