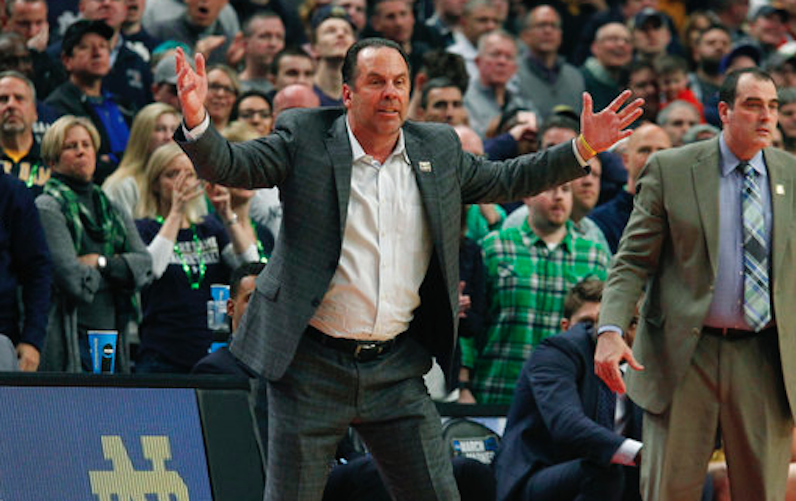 The ACC has seen just one coaching change so far this offseason, but Georgetown reportedly tried to change that.

Although Brey has spent the last 17 seasons with the Fighting Irish, he has ties to the Washington, D.C., area. A native of Bethesda, Md., Brey played at DeMatha High School under legendary coach Morgan Wootten in the ’70s and coached under Wootten as an assistant from 1982-87. He also graduated from George Washington in 1982.

Georgetown fired head coach John Thompson III on March 23. The Hoyas missed each of the last two NCAA Tournaments and finished 14-18 this season. Brey, meanwhile, has guided Notre Dame to the Big Dance in seven of the last eight years, which included back-to-back Elite Eight appearances in 2015 and 2016.