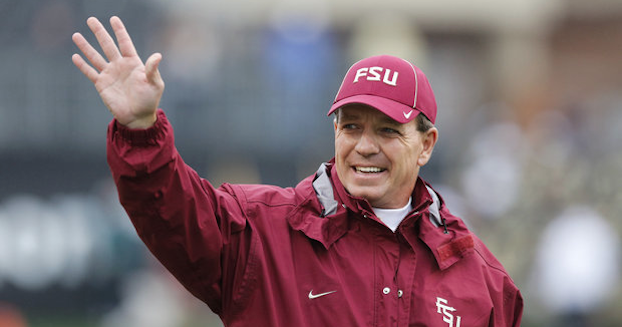 The rumblings are not new, but this week NOLA.com reported that LSU reached out to Florida State’s Jimbo Fisher about perhaps becoming the next head coach of the Tigers.

Fisher’s ties to LSU are well-known. The current FSU head coach was an assistant with the Tigers for seven years from 2000-06 and an offensive coordinator under future legend Nick Saban on LSU’s 2003 national championship team.

Fisher left to become the offensive coordinator at Florida State in 2007 and has been the head coach since 2010. Since taking over as the head man for a program that had finished 7-6 three times in four years, Fisher’s accomplishments speak for themselves. He has managed to go 75-17 with a national championship, three ACC titles, four ACC Atlantic Division titles and four major bowl appearances.

Earlier this week, Fisher said that he wouldn’t comment on any other jobs and that he loved being at Florida State. That’s probably what most coaches would say, but can he be lured away from Tallahassee?

Become a premium member of ACCSports.com to see the rest of the story!