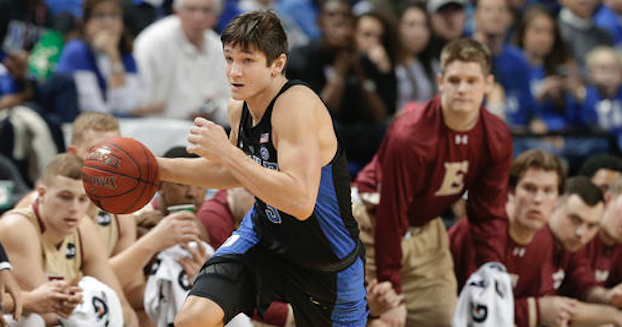 Grayson Allen’s return, controversially after his indefinite suspension turned out to be for just one game, certainly made a huge, positive impact on Duke’s offense.

The Blue Devils handed out only eight assists in their 89-75 loss at Virginia Tech last Saturday while Allen sat on the bench serving his suspension for tripping Elon’s Steven Santa Ana during a Dec. 21 game.

With Allen back in the lineup, the Blue Devils moved the ball with precision in a 110-57 thrashing of Georgia Tech. Duke’s 24 assists, led by Allen’s seven, were a season-high total.

For the first time in a month, Duke moved the ball on offense and looked like one of the nation’s best teams.

“We’ve been doing a better job of that in practice,” Duke senior guard Matt Jones said. “We knew that our last outing wasn’t our best. We had to change. One of the changes we had to make was passing the ball and getting guys open and getting easier shots. I liked the way we did that.”

Duke coach Mike Krzyzewski, before he headed off to Duke Hospital for the back surgery that will sideline him for a few weeks, orchestrated a lineup change he hopes will last the rest of the season.

Where were those changes? Become a premium member of ACCSports.com to see the rest of the article!