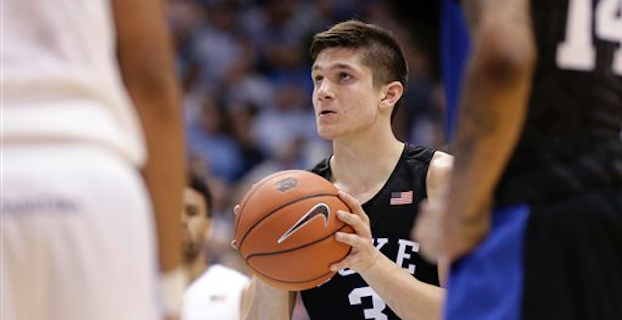 Duke is expected to be back in the national title hunt again this season as the Blue Devils seek their sixth NCAA Championship in program history.

ESPN analyst Jay Bilas, who was on Duke’s staff for two of those previous title runs, recently joined The David Glenn Show to talk about this year’s Duke team. During the interview, Bilas discussed how the 2016-17 group compares to the 1991-92 team that finished 34-2 and won it all.

“This team will not be anywhere near as experienced as that ’92 Duke team was,” Bilas said. “These guys are mostly freshmen, but…to have Amile Jefferson, Grayson Allen and those guys back is a huge deal.”