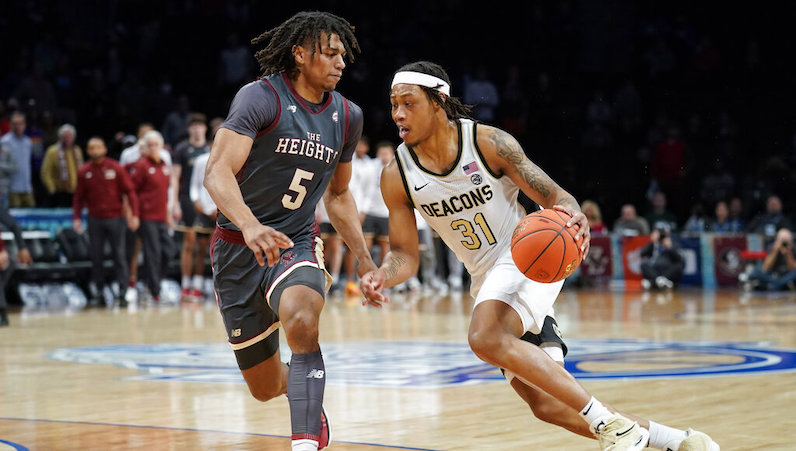 Seven ACC players were picked in the 2022 NBA Draft, including six first-round selections, led by Paolo Banchero. However, with only 58 total draft picks, plenty of talented prospects went undrafted, including several of the top players in the ACC, including Alondes Williams, the 2022 ACC Player of the Year.

To make it to the NBA from this pathway is an unglamorous grind, but it’s certainly still a possibility. Summer League and training camps loom as major opportunities, especially as NBA franchises invest more heavily in two-way players and G-League programs.

Here’s a running list of where, and to what extend, ACC

New Orleans has so many talented guys on its roster — two-way for Dereon Seabron, but he gives them another pick-and-roll operator and an elite downhill slasher. Pels getting Naji Marshall, Jose Alvarado + Seabron as undrafted/two-ways over 3 straight years is good business https://t.co/1vNPupi4RR

Will play in 2022 Summer League with the Minnesota Timberwolves

Sources: Duke's Theo John has agreed to play in NBA Summer League with the Minnesota Timberwolves.

Potentially a two-way contract with the Los Angeles Clippers

Georgia Tech guard Michael Devoe has agreed to a deal with the Los Angeles Clippers, source tells ESPN. He will get the opportunity to compete for a two-way contract.

Virginia Tech's Keve Aluma has agreed to a free agent deal with the Memphis Grizzlies, a source told ESPN. The 6'9 big man was a first-team All-ACC player last season.

Georgia Tech's Jordan Usher has agreed to a summer-league deal with the Utah Jazz, according to a person familiar with the situation. A foot in the door for the energetic and versatile Usher. Usher had worked out for the Jazz pre-draft.

Osborne, who comes from a family of football players, is a powerful force in the paint and on the glass.

Knows his role and takes pride in doing the dirty work.