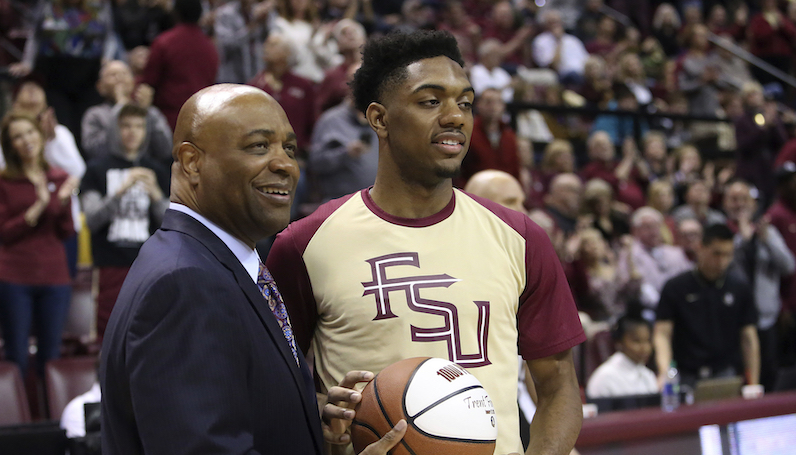 After his decision to reclassify from 2021 to 2020 back in late May, 5-star center became arguably the most important remaining prospect for the 2020-21 season. A college decision was initially expected to come shortly thereafter; however, that was postponed.

According to Cisse, though, a decision dates has now been set: Wednesday, July 15 (4 p.m.). Cisse will make his pick one day before 5-star forward Jonathan Kuminga makes his own.

Florida State is the lone ACC program in the mix for the 6-foot-10 Cisse, the No. 2 center in the 2020 recruiting class. Cisse also took an official visit to FSU back in January, too. (That took place the same weekend that Florida State defeated Notre Dame.)

At this point, however, Florida State is likely a long shot for the shot-blocking Cisse. Five other programs are in the picture — Memphis, Kentucky, LSU, Georgia and Georgetown. For a brief period of time, LSU was seen as the likely destination. That’s shifted, though. By early July, Cisse was considered a Memphis lean.

2020 prospect Moussa Cisse will announce his college choice on Wednesday at 4 PM ET, per his Twitter page.

Cisse is almost certainly a one-and-done prospect; while the Seminoles could certainly utilize a defensive rim protector of his caliber, Leonard Hamilton’s club is a good shape with frontcourt pieces next season.

During his first season on the floor for FSU, Malik Osborne proved to be one of the more versatile stretch bigs in the ACC, if not the country. RaiQuan Gray can play loose with the basketball at times, but given his size (6-foot-8, 260 pounds), he’s a unique offensive playmaker and event-creator on defense. Sophomore center Balsa Koprivica is an efficient paint finisher who showed some defensive versatility in FSU’s switch-heavy defense, too.

Florida State also has another incoming freshman center, though he’s not the same type of prospect as Cisse: 3-star Quincy Ballard.

There’s also the case of 7-foot-3 center Naheem McLeod, a 3-star prospect that signed with FSU in the 2019 class. McLeod enrolled at Florida State last August; however, he “did not meet the NCAA requirements for enrollment,” according to an FSU spokesman in September.

In April 2020, though, Jake Weingarten reported that McLeod was enrolled a Chipola College. He will return to Florida State in 2021 after one season on the JUCO level — with three years of eligibility remaining.

Former four-star prospect Naheem McLeod is currently enrolled at Chipola College (FL) and will play one season then return to Florida State, where he was committed for 2019, for three seasons of eligibility, a source told @Stockrisers.