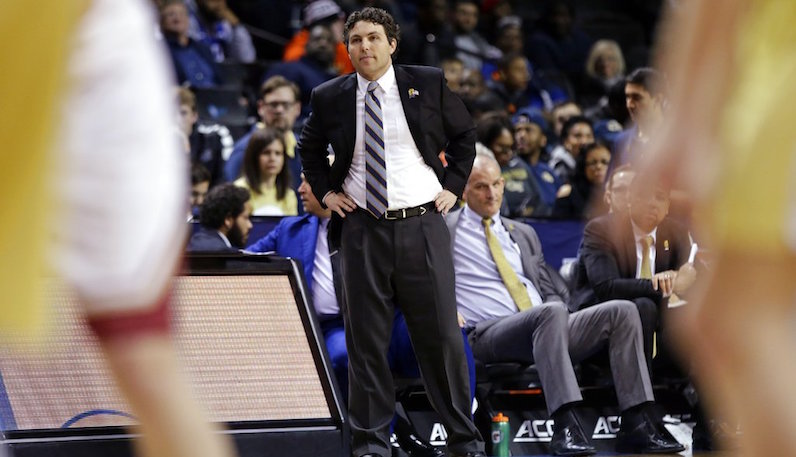 Georgia Tech head coach Josh Pastner watches as his team plays during the second half of an NCAA college basketball game against Boston College in the first round of the Atlantic Coast Conference tournament Tuesday, March 6, 2018, in New York. Boston College won 87-77. (AP Photo/Frank Franklin II)

Georgia Tech basketball is on the board with a major addition to its 2021 recruiting class: 4-star shooting guard Dallan Coleman. A big 6-foot-6, 210-pound guard from Florida, Coleman checks in as a top-50 prospect, per 247 Sports.

Coleman has a good frame and plenty of scoring craft; he’s an excellent shooter, which bodes well for a program that’s struggled with perimeter shooting under Josh Pastner.

Florida State, Florida, Ohio State, Texas Tech, Georgetown and Clemson — among others — all offered scholarships for Coleman, too. Texas Tech and Ole Miss were the other finalists for Coleman.

In the end, though, Georgia Tech pulled it out. Assistant coach Julian Swartz was pivotal; he led Georgia Tech’s recruitment of Coleman.

If junior guard Michael Devoe returns for his senior season in 2021-22, Georgia Tech will have a strong backcourt with Coleman, Kelly and Devoe.