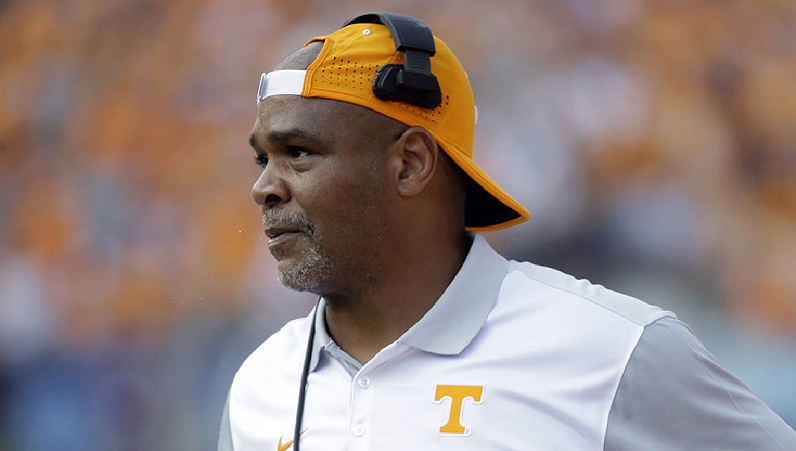 The 2018 season will be Tommy Thigpen’s 19th as a collegiate assistant. (AP Photo)

According to a report from Inside Carolina, North Carolina football just added a player to its 2018 roster: 4-star defensive tackle Brent Lawless.

Lawless, who hails from Nashville, was initially a Tennessee commit; however, last month he received a release from his national letter of intent with the Volunteers. The 6-foot-3 285-pound tackle signed with Tennessee last December.

Not long after that, he took a visit to UNC, where Tommy Thigpen is now on Larry Fedora’s staff. In fact, and this shouldn’t come as much surprise now, Thigpen recruited Lawless to Tennessee.

247 Sports composite ranking lists Lawless is the No. 22 defensive tackle in the 2018 class, and a top-250 prospect. He will immediately add to a North Carolina defense that’s looking for playmakers, especially after the round of suspensions earlier this week.

UNC football started up its fall camp last week; the Tar Heels open their 2018 schedule on the road against Cal.