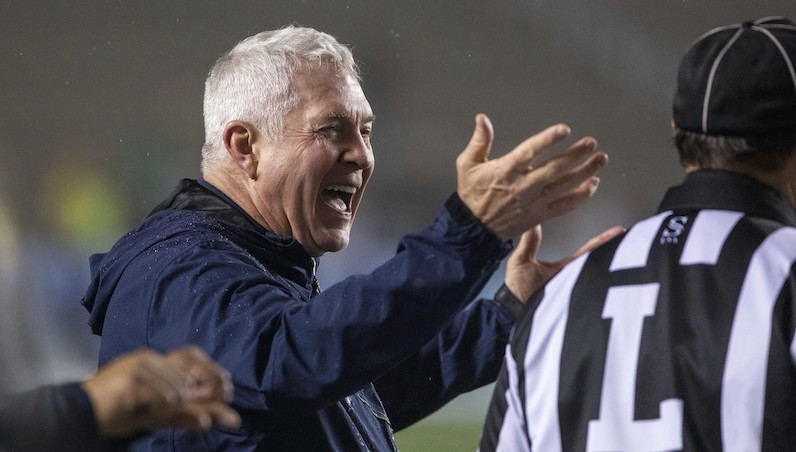 Will #UNC land both Bryce Steele and Raneiria Dillworth this weekend? That, and more, in today's Fact or Fiction: https://t.co/ai5BTyBFb4

As Farrell and Gorne note, Dillworth continues to rise as a recruit; he’s also a UNC-lean. If Dillworth — who plays prep ball for Glenn High School in Kernersville, N.C. — commits, he’ll become the latest addition to a stacked North Carolina class.

Mack Brown and the Tar Heels continue to assemble a top-5 recruiting class, largely off in-state talent, like the 6-foot-2, 185-pound Dillworth. Defensive coordinator Jay Bateman would stand to be the beneficiary.

Dillworth is also considering Alabama, strongly. He’s expected to announce his decision on Friday, April 17. During the 2019 season, he collected 198 total tackles and five sacks.

Steele also has UNC as a finalist, too; however, South Carolina appears to be the favorite, heading into the weekend. Steele plays safety for Episcopal in Alexandria, Va., but 247 Sports projects him as an inside linebacker.