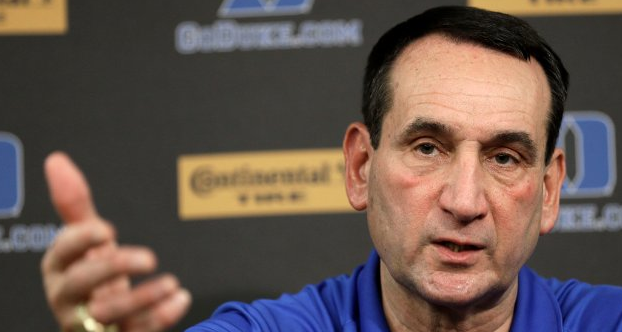 The NBA and NBA Players Association are in the midst of a collectively bargained agreement (CBA) that’s set to last through the 2021 season. However, either party can opt out of this agreement following the conclusion of the 2016-17 season.

This will almost certainly happen, but fortunately, it shouldn’t result in a work stoppage like it did back in 2011. The NBA is currently flush with cash and growing rapidly in global popularity. Neither party wants put that at risk, which is why the league will likely have a new CBA prior to the 2017-18 season.

If and when the two parties come to an agreement, it’s a near certainty that the NBA’s famed “one-and-done” college rule will stay in place.

The NBA’s salary cap is up to over $94 million this year — an increase of more than 34 percent over last year’s figure ($70 million). This massive jump, which came with no smoothing function, is due to a new television deal the league has with ESPN and Turner Sports that kicked in this past July. However, as salaries exponentially grew overnight — leading to the most expensive offseason in NBA history — rookie salaries, like always, remained flat.

The NBA has a slotted rookie pay scale; before the draft even starts, we know how much money each player will make, based on their draft slot, over the course of their first four years in the NBA. (Each rookie contract is two years guaranteed, with Years 3 and 4 looming as team options. The options usually get picked up, which is why what happened with P.J. Hairston last season was so rare.)

Basically, everyone started making more money in the 2016-17 season, except for players on rookie contracts or those signed to deals prior to the cap spike. That’s expected to change, though.

According to multiple media reports, rookie salaries will increase under a reformed CBA, which is just, considering the financial boom the league is experiencing. This is something the Players Association will advocate for, and if that does change in the near future (perhaps in time for the 2018 draft), it’s easy to see how that could sway a recruit’s college destination.

The NBA Development League is becoming an increasingly viable alternative for players who don’t want to attend college; some guys, like Brandon Jennings and Emmanuel Mudiay, have gone overseas in lieu of playing college basketball. However, with this rule restricting their access to the NBA, the nation’s top high schools players continue to overwhelmingly funnel to college basketball.

The one-and-done rule has been in place for 10 years now, and with some exceptions, the 2005 draft was the last time prep basketball players were allowed to enter the NBA without a year outside of high school. In the last 5-6 years, though, we’ve seen two programs — Duke and Kentucky — emerge as the preeminent powers in utilizing the blue-chip talent that flows through their programs for just a short period of time.

In the last five drafts (2012-16), Kentucky has had 12 one-and-done players selected in the first round. Duke, in that same span of time, has had six one-one-done players get drafted within the first 30 picks. However, Kentucky’s total becomes even more unbelievable if you draw it out to John Calipari’s first season at the school; starting with the 2010 NBA Draft, a total of 18 one-and-done Kentucky players have been selected in the first round (2.57 per year), including three No. 1 picks: John Wall (2010), Anthony Davis (2012) and Karl-Anthony Towns (2015). Starting with the 2010 Draft, Duke has had seven one-and-done players go in Round 1, including Kyrie Irving, who was the top pick back in 2010.

These are some serious ball players, too. Davis, Wall, Irving and DeMarcus Cousins are All-NBA players. Davis, who is in the first season of his five-year $127 million contract extension, and Irving both have Olympic gold medals. Wall is in the midst of an $84 million deal with the Washington Wizards; Irving has a $94 million contract with Cleveland.

Here’s the kicker, though: All of those guys are making mega bucks on their second contracts. Their restrictive rookie deal wages were somewhat limited. Towns, in just his second season, is one of the 15-20 best players in the game; he’ll make “just” $5.9 million in 2016-17.

But if the rookie scale were to increase, players who know they’re only going to be on a college campus for nine months may lean toward a program that will maximize their ability to become a first-round pick — player development, television exposure, competition level. Now, that’s already happening, but if rookie scale deals increase by 50 percent, that could have an even more dramatic impact on recruiting results.

It’s worth noting that NBA contracts for first-round picks are guaranteed. Once a player signs that deal, every single penny belongs to them; this isn’t the NFL.

Duke could become an even more appealing option for prep stars. This has the ability to be another market inefficiency for college programs to capitalize on. Programs that do a good job positioning their players to jump straight to the pros are in a position to benefit; this competitive advantage of theirs will likely become more financially beneficial to the players they’re offering scholarships to. College basketball is on the precipice of launching a new season, but this new legislation is something fans of the game on both levels should monitor.

Newton said it best: “For every action, there is an equal and opposite reaction.”