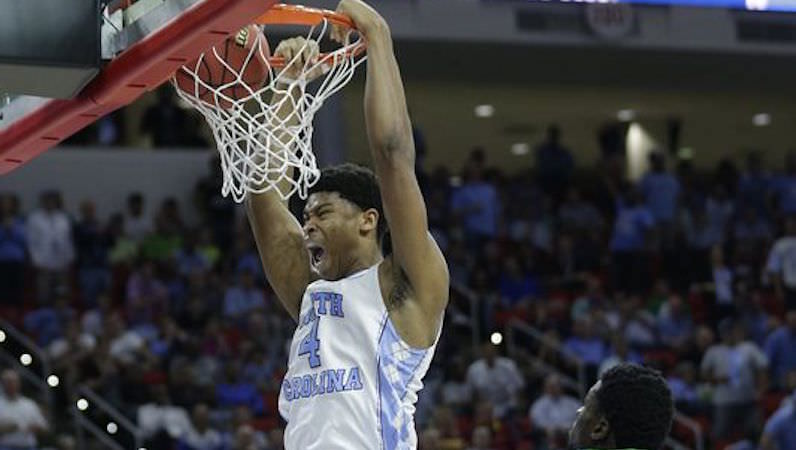 Isaiah Hicks has been a monster on the offensive glass for North Carolina this season. (AP Photo).

The North Carolina Tar Heels — winners of six straight games — are red hot. UNC is the No. 9 team in the nation and ranks inside the top 15 nationally in both offensive and defensive efficiency (one of only four teams hitting this benchmark in the KenPom.com rankings). With Theo Pinson back, Roy Williams finally has a healthy roster at his disposal.

That, however, isn’t quite enough to satisfy Williams, who believes his team — despite rebounding better than every other team in the nation — has room for growth.

Roy says he sees "significant" room to improve in rebounding. More on that later. But UNC does lead the nation in rebound margin.

Last season, North Carolina, as a team, shot just 32.7 percent on three-pointers, which ranked 268th in the nation, per Sports-Reference. The Tar Heels needed to pound the glass to prop up the offense.

This season, that’s not necessarily the case.

UNC features two of the best three-point shooters in the ACC: Justin Jackson and Joel Berry. Both players make at least two three-pointers per game on 40-plus percent shooting.

North Carolina now ranks No. 80 in the nation in three-point accuracy — connecting on 37.4 percent of their attempts from beyond the arc. But when misses occur, UNC is gobbling up nearly half of those rebounding opportunities. Once a rebound has been collected, a handful of players on the roster transform into instant offense. This team grabs the ball and looks to score.

Six different players, led by senior Kennedy Meeks and freshman Tony Bradley, have at least 20 offensive rebounds this season; here are their scoring metrics on putbacks, courtesy of Synergy Sports.

Jackson is shooting more threes this season, which has caused his rebounding rate to drop. Regardless, he’s still very good when he does collect a board. The junior is one of five Tar Heels to have a field-goal percentage on putbacks above 50 percent and score better than one point per possession.

This is a team that can bring home a lot of hardware in 2017; if there are in fact opportunities for growth, the rest of the college basketball landscape should be concerned.