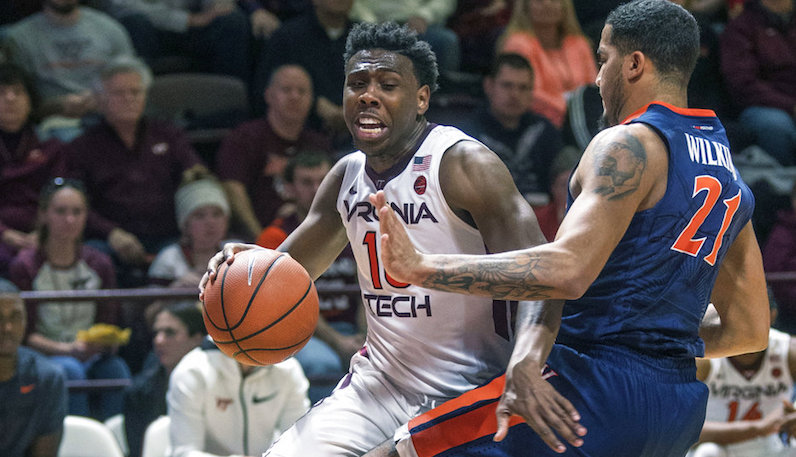 Once again, say hello to your defensive overlords of the ACC: UVA basketball.

If you sense a Groundhog Day-like flashback hitting you as your eyes gaze atop the KenPom defensive efficiency rankings, and spot Virginia, don’t be alarmed. The years change, players move on, but UVA basketball continues to dominate in terms of team defense.

Power Outage, all over the grid

Opponents are currently shooting under 30 percent on three-pointers against Virginia, and under 41 percent on twos. Both of those metrics rank inside the top 20, nationally. UVA has held opponents to an effective field goal rate of 42.6 percent — No. 5 in the nation.

Defenses, even the best ones, can’t take away everything; even Golden State’s invincible lineups with Draymond Green at center can bend some, too (slips that counter switches, the defensive glass).

The now-famed Pack-Line defense of Virginia is an exceptional college basketball defenses. Virginia recruits good, hard-working players to fit the scheme; these guys know what they are about on that side of the ball. Essentially, the defense is designed to force teams into contested shots by forcing penetration into help defenders and congesting the paint. Every two-point field goal attempt is met with force.

It shows, too. According to Synergy Sports, have shot just 31.3 percent on jump shots against Virginia this season — with an effective field goal rate of 42 percent.

This is the result of a tremendous collective effort; however, this system can produce defensive stars, too. Just ask Darion Atkins and Malcolm Brogdon.

Isaiah Wilkins, one of seven ACC players averaging at least one block and one steal per game, is the star this season. That’s no real surprise; Wilkins entered the season as one of the best defenders in America. So far, he’s lived up to that billing. Wilkins has blocked 7.4 percent of opponent two-point field goals while on the floor this season, per KenPom, which ranks 92nd in the nation. That’s up from 6.8 percent last season, too.

What’s stopping Virginia from the winning the ACC in 2018?