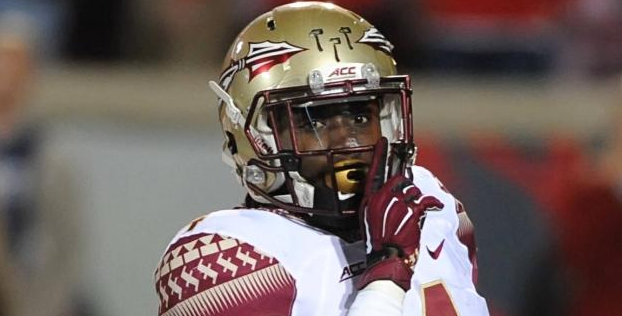 What happens when an unstoppable force meets an immoveable object? Well, it’s more than just a paradox; it’s also the most interesting matchup in Friday’s Orange Bowl, when Florida State’s Dalvin Cook faces his toughest test yet — Michigan’s run defense.

For the second straight season, Cook has been arguably the most prolific running back in college football. In only 12 games, he’s already rushed for 1,620 yards (No. 8 nationally) and 18 touchdowns (No. 6 nationally).

Cook brushed off a somewhat pedestrian start (by his own lofty standards) to the season. In Florida State’s final nine games, though, Cook toted the ball 218 times (24.2 per game) for 1,392 yards (154.7 per game) and 16 touchdowns. This stretch included two games of at least 28 carries and 225 yards on the ground, too. The Miami native recorded eight 100-yard-running games between the end of September and the culmination of November; the lone exception was FSU’s 24-20 win in Raleigh over NC State, when Cook was held to just 65 yards on 18 carries.

The junior is more than just a steady, reliable player at the running back position, though: he’s one of the most explosive players in the nation. Cook finished second in the ACC with 47 carries of 10-plus yards; he recorded eight carries of 30-plus yards, too. The only guy in the conference to post better totals in these categories is a pretty good football player, by the way: Heisman Trophy winner Lamar Jackson.

According to Football Study Hall, Cook averaged 6.5 Highlight Yards per Opportunity, which is a good figure, but actually a reduction by from ridiculous 10.1 number of a season ago. This basically means that if the offensive line did its job, and created room for Cook to run, the star back ran for an average of an additional 6.5 yards. Florida State’s offensive line and Cook combined for an Opportunity Rate of almost 42 percent.

Cook also hauled in a career-high 30 passes this season on 42 targets — a catch rate of 73.8 percent. He turned those receptions into 426 yards and one touchdown.

In the Orange Bowl, however, Cook will go up against a totally different monster. Don Brown, who was poached from his defensive coordinator position at Boston College last December, has built Michigan into an aggressive, blitz-heavy defense — led by their All-World safety/linebacker/doer-of-good-things Jabrill Peppers.

Peppers — a Heisman candidate himself — lined up all over the place as a junior, and recorded 72 tackles, 16 tackles for loss and four sacks. It’s clear that coach and player connected as Peppers emerged better than ever before, which is saying something, in his new hybrid moneybacker role.

The Wolverines allowed only three players to run for 100-plus yards against them in 2016: Michigan State’s LJ Scott (22 carries, 139 yards), Iowa’s Akrum Wadley (23 carries, 115 yards) and in the regular season finale J.T. Barrett of Ohio State (30 carries, 125 yards). In two of those three games — Iowa and Ohio State — Michigan was defeated.

Cook, on the other hand, has played in 37 games during his career Florida State. He has eclipsed the 100-yard-mark in 21 of those contests — roughly 57 percent.

Football Study Hall ranks Michigan as a top 10 run defense in several metrics, including Rushing S&P-plus, Success Rate and Opportunity Rate (31.7 percent). The Wolverines also ranked No. 3 in the nation in Stuff Rate, per FSH — 26.7 percent. This means Michigan tackled opposing runners at or behind the line of scrimmage on more than one-quarter of the carries they faced. If that seems good, it’s because it is.

Florida State and Michigan kick things off in the Orange Bowl Friday night around 8 p.m. Enjoy keeping an eye on this game within the actual game.

[UPDATE: It was announced around 8 p.m. that Michigan’s Jabrill Pepper will not play in tonight’s Orange Bowl.]